Lucknow has seen Mohsin get chances and make the most of it, as seen from his spell of 3/24 to be one of the main architects for Lucknow winning against Punjab Kings by 20 runs. 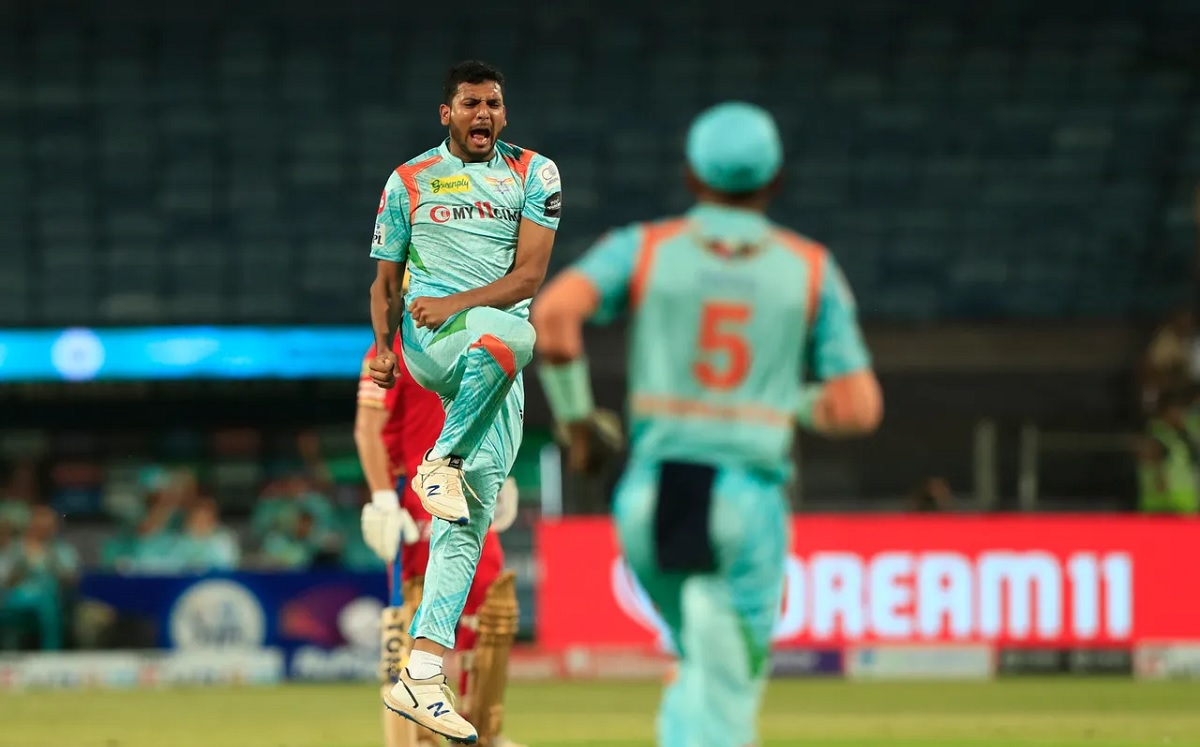 When newbies Lucknow Super Giants acquired the services of left-arm pacer Mohsin Khan in the mega auction, it didn't cause much excitement. After all, the 23-year-old tall left-arm pacer from Uttar Pradesh had been a member of Mumbai Indians for the last three seasons but had been warming the bench.

But a move to Lucknow has seen Mohsin get chances and make the most of it, as seen from his spell of 3/24 to be one of the main architects for Lucknow winning against Punjab Kings by 20 runs.

"Since the time I joined the team, the atmosphere has been really great. Everyone has been supporting me well whenever I came in to bowl. They were saying that the way you are bowling, you have to continue with it, which gave me confidence. I was in Mumbai (Indians) for three years but didn't get a chance. But when I came here, they put their trust in me and I have been backing myself as well," said Mohsin after the match.

When it seemed that Punjab would run away with the match after Liam Livingstone had hit Ravi Bishnoi for successive sixes, Mohsin changed the match by bowling a slower ball which the batter tried to put away with a pre-mediated scoop but gloved behind to keeper. The slower was keyword for him as he grabbed scalps of Kagiso Rabada and Rahul Chahar to take Lucknow closer to victory.

"Happy with the win and we will continue to focus on the plans that have worked for us. In coming times in the tournament, we will stick to playing normal cricket and try to win. (KL) Rahul bhai came to me and said that I have to do what I have been doing for so long. He said to me to do what I do freely and that was on my mind. Like, I was delivering the slower ones well, the back of the hand (ones) and was backing my bowling abilities. Through doing that, the team won, so it feels good," stated Mohsin on his good show with the ball.

The support from Lucknow's coaching staff and captain Rahul means Mohsin has joined the list of uncapped Indian players putting up impressive show in IPL 2022.

"I was with the Mumbai Indians for the last three years and it's a big team so I didn't get an opportunity really but I learned a lot. Now here at LSG, the team is strong, support staff and management have been really supportive. They just tell me to back my strengths and do what I have been doing in domestic cricket."

Above all, Mohsin is elated that with him being backed by Lucknow, he has been able to fulfil the dream of his parents -- to play and do well in IPL.

"Skipper KL Rahul and coaches have asked me to add a few things to my repertoire and will keep working hard. I have been waiting for my opportunity for three years and it was my parents' dream to see me play at the IPL stage and they are happy, and seeing them, I am the happiest that I am able to fulfil their dream. I will dedicate this performance to both of them."