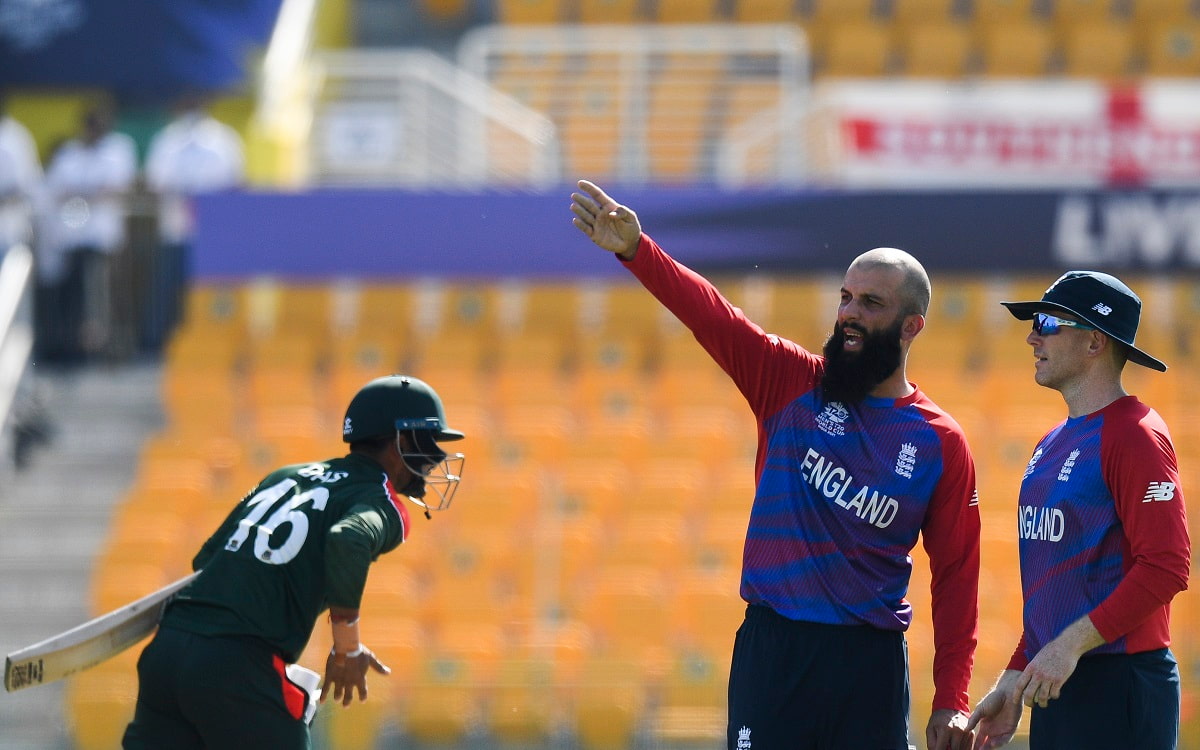 "England have been so impressive in the ICC Men's T20 World Cup 2021 and a big part of that has been the performance of Moeen Ali. Mo's performances when opening the bowling brings real balance to the team and then you also have his batting which makes him really effective for England, particularly in these conditions. He's going to be crucial for them," wrote Charlotte in her column for the International Cricket Council (ICC) on Thursday.

"He is bowling so well and looks really confident at the moment. He's coming into the competition off the back of winning the IPL and giving up Test cricket as well is probably a weight off his mind. He looks really focused on the job and it's great to see Mo bowling like this, especially when you think that he hasn't bowled much in T20 cricket recently," added the 41-year-old, who captained England to winning the inaugural ICC Women's T20 World Cup in 2009.

Charlotte was also impressed by the return of left-arm pacer Tymal Mills into the international arena. In two matches, Mills has taken five wickets at an economy rate of 5.50. "I've also been really impressed by the returning Tymal Mills, who brings another dimension to the team, especially with his bowling at the death. When you add in the batting, they look a really daunting team."

She further spoke on how Liam Livingstone, who took two wickets against Bangladesh, can prove to be a very useful all-rounder. "Then there is Liam Livingstone, who is a great all-round player. He's a great fielder, a destructive batter and with his bowling, the fact he can bowl leg spin or off spin, depending on whether he is bowling to left-handers or right-handers, is very useful."

She lauded captain Morgan's usage of bowlers and tactics in England's wins over West Indies and Bangladesh. "It is all brought together by captain Eoin Morgan, who has been brilliant using his bowlers and he is just so good with his tactics. It's funny to think there were people questioning him coming into the tournament. He gets it right almost every time. That is reflected in the team. I think part of the reason they have looked so good is that everyone seems to be settled in their role, the plans are very clear."

At the same time, Charlotte mentioned that England's batting order hasn't been put to a stern test yet. "From an England perspective, they have not really been tested yet -- it's a lot easier chasing when you face totals like the ones they have so far. I am looking forward to seeing how they get on if they have to chase a bigger total or if they are batting first. That might happen against Australia. They will go in with a lot of confidence with the way they are playing and the form the guys are in."

England, currently on top of Group 1 standings, next face Australia in Dubai on Saturday. Charlotte reckons that it will be a big match. "Australia have a very good team, and on paper they should be able to compete with anyone in the tournament. It's going to be a big game against England and I'd say they are probably the two teams who will qualify from Group 1."