Missed this amazing feeling: Hardik Pandya after training with team 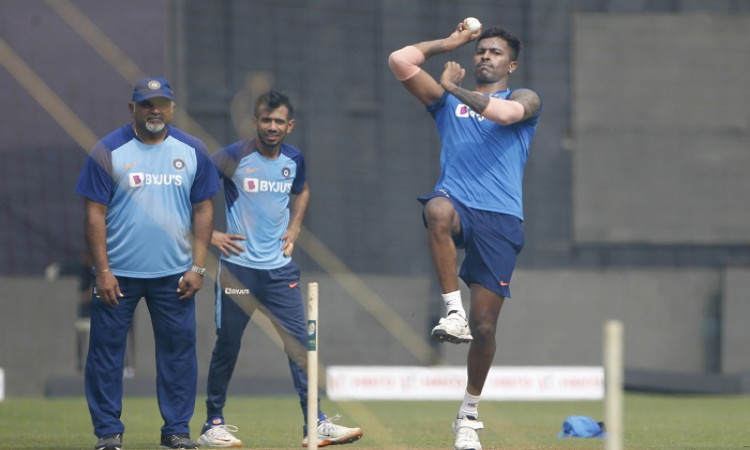 Mumbai, Jan 13:  On his road to recovery, all-rounder Hardik Pandya took part in a practice session with the Indian team at the Wankhede Stadium here on Monday and said he had missed the "amazing" feeling.

India will take on Australia in three one dayers starting from Tuesday here.

Hardik, who was pulled out of the India A squad touring New Zealand at the last minute as he wants to spend some more time working on his back before he returns to action, was seen doing fielding drills and later bowled.

"Back training with the team. Missed this amazing feeling," Hardik later tweeted with a few pictures of the training.

Speaking to IANS, BCCI sources in the know of developments had said that there wasn't any fitness specific test on Hardik and he just underwent a high intensity bowling session to check his back.

And at the end of the two-hour session, the all-rounder wasn't satisfied and it was then decided that he would continue working on his back before making a return.

"The player is tested after he spends more than two to three hours at the nets. Now, when the player bowls for that duration, the bowling is monitored. Rhythm, speed, accuracy and how the player is coping with his plans and delivering is what is basically tested. So, if the body can't take what the player has in the mind, it is not responding to the workload. Pandya was of the opinion that he wants to work on his back further," the source explained.

Hardik had undergone a back surgery in London and since then has been undergoing rehabilitation here.