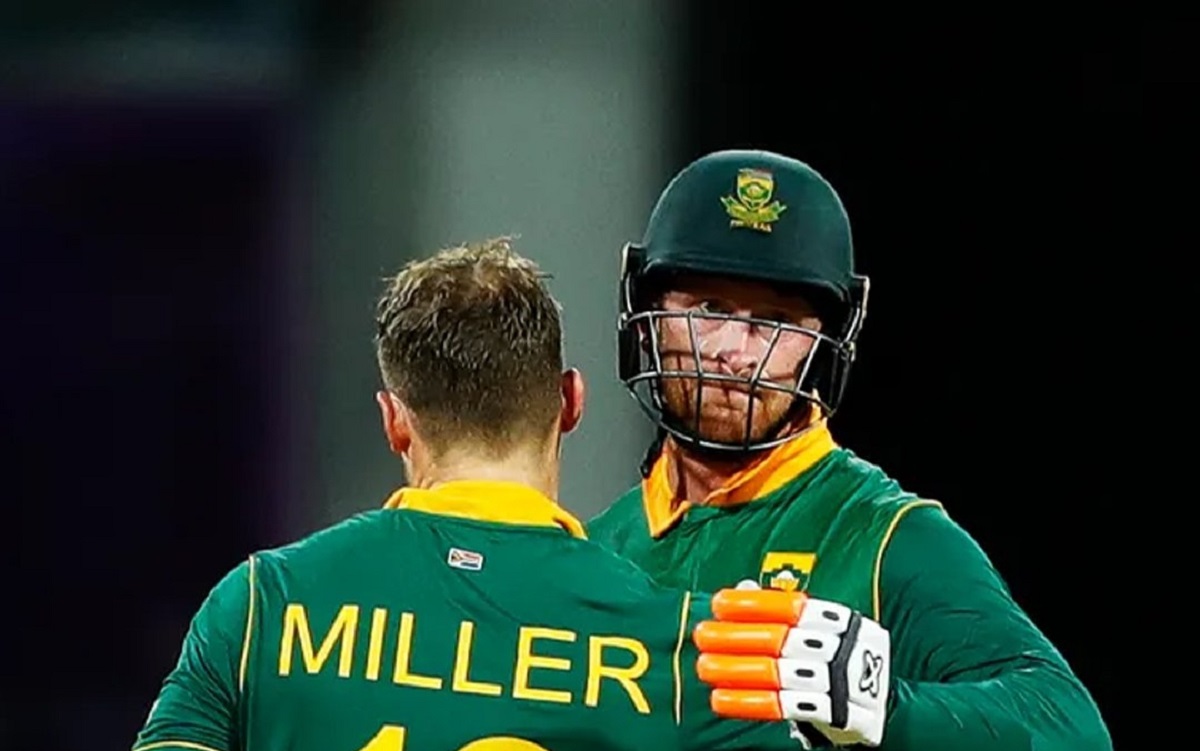 David Miller and Heinrich Klassen slammed unbeaten fifties to power South Africa to 249/4 against India in a rain-hit first ODI which has been reduced to 40-over per side at the Bharat Ratna Shri Atal Bihari Vajpayee Ekana Cricket Stadium in Lucknow on Thursday.

Pushed into batting first, South Africa were troubled by the movement for the Indian pacers caused by moisture of the pitch due to rain causing delay in proceedings for nearly two hours.

South Africa had a steady start with Janneman Malan being steady in power-play, punching through cover and pulling with great authority though India got some movement to beat him and Quinton de Kock couple of times.

Malan had luck on his side when Shubman Gill dropped his catch at second slip off Shardul Thakur. De Kock, on the other hand, got going with a brace of fours off debutant leg-spinner Ravi Bishnoi. Thakur then gave India an important breakthrough in the 13th over when Malan's flick flew off the toe-end of the bat to mid-wicket.

Thakur came back to castle Temba Bavuma through the gate while Kuldeep Yadav got Aiden Markram out for a five-ball duck. The left-arm wrist-spinner got the ball to drift across Markram and then spun back in sharply, sneaking through the gap between bat and pad to rattle top of off-stump. De Kock's resistance ended when he was trapped lbw off Bishnoi while going for a reverse sweep.

When Miller came at the crease, Klassen had got going with three fours. Miller, who's improved game against spin has been an impressive story this year, took two fours in his first six balls before fabulously lofting Bishnoi over mid-off for six. The duo dealt in ones and twos before Klassen took boundaries off Bishnoi and Kuldeep while Miller hit Thakur for two fours.

After reaching their respective fifties in the 36th over, Klassen brought out the shot of the innings with a creamy loft over cover off Avesh Khan for six, followed by a cracking cut through backward point off Mohammed Siraj.

The duo were also helped by India's sloppiness in the field, with Siraj, Ruturaj Gaikwad dropping catches and Ishan Kishan mis-fielding at backward point to give away a four. Miller hit two sixes and a four in the last three overs while Klassen hit a four to give South Africa a respectable total.