Hardik Pandya was at his explosive best on Sunday as he smashed 60 off 21 balls against the Rajasthan Royals (RR). It is his highest score thus far in the IPL 2020 and with that, he propelled Mumbai Indians to a total of 195/5. He hit as many as seven sixes at the Sheikh Zayed Stadium, which has proven to be a difficult ground for batsmen to clear. 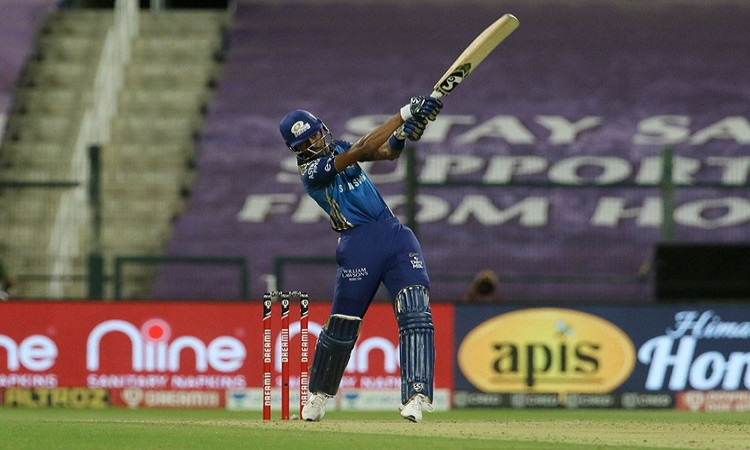 "I was waiting for this. Was trying for it but it wasn't coming. Hard work before this IPL has been fantastic from my side. So I was waiting for that one hit may be to get the rhythm and get back to hitting sixes which I love," he told the broadcasters after the innings.

Also Read: IPL 2020: Would Have Been Nice To Get This Form Earlier, Says Ben Stokes

A back injury Hardik, 27, had suffered in 2018 resurfaced in 2019. Surgery and the subsequent lockdown due to Covid-19 kept him from the game for well over a year before the start of the tournament. Pandya is still working his way into full fitness, indicated by the fact that the fast-bowling all-rounder has not bowled a single over thus far in the tournament.

He has put in some valuable performances for MI in the lower middle order, notably being one half of a partnership with Kieron Pollard against Kings XI Punjab earlier this season in which the pair creamed 62 off 18 balls. He said that on Sunday, he was trying to hit from closer to his body.

"I thought that before this game I was trying to hit in front of my body too much. Today I was focusing on making sure that I don't overhit it because I think I have enough power to clear the boundary. So I was more trying to time the ball and making sure I hit close to my body because I feel that's where I have more control," he said.