MI vs KKR: We Weren't Even At The Races Today, Says New KKR Captain Morgan

Eoin Morgan's first assignment as Kolkata Knight Riders (KKR) skipper ended in an eight-wicket defeat to Mumbai Indians (MI) at the Sheikh Zayed Stadium on Friday. MI chased down the target of 149 with over three overs and eight wickets to spare. 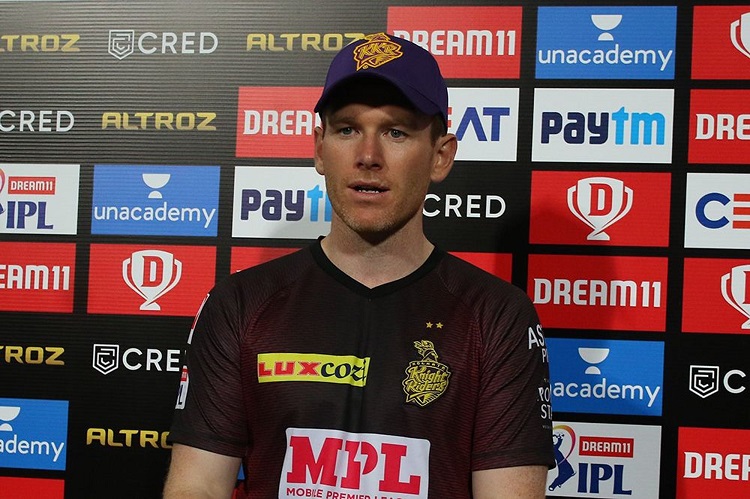 "We weren't even at the races today. We got a score to bowl at in the end, but the way Mumbai got off, it was tough to stop them," said Morgan after the match.

KKR managed to drag themselves to 148/5 thanks to an unbeaten 87-run stand between Pat Cummins and Morgan after a top-order collapse that left KKR reeling on 61/5 in the 11th over. Morgan and Dinesh Karthik swapped places on the batting order with Karthik coming in at No. 4, only to be dismissed by Rahul Chahar for just four runs.

"We have a lot of experience in numbers four, five, and six. Given the match-ups, we are trying to play our best hand there. Today it didn't make that much of a difference. We were all in early," said Morgan.