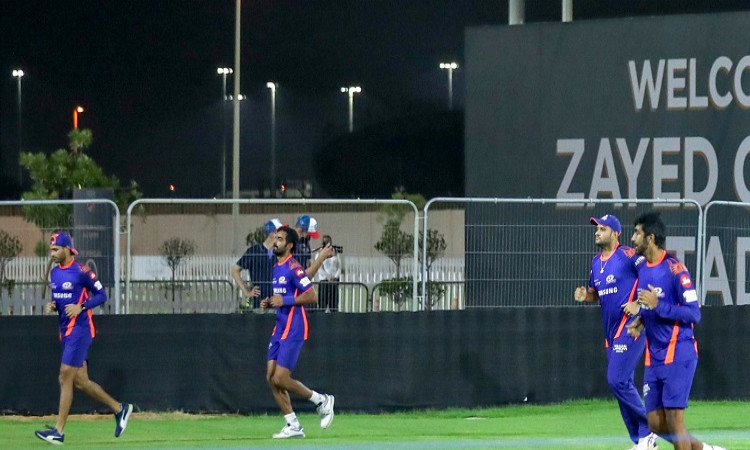 In a bid to help players bond during their isolation period and also take care of their mental health during tough times, Indian Premier League's most successful franchise, Mumbai Indians, have dished out a sprawling recreation centre which is synced with their secured bio bubble.

The Team Room - 'ONE FAMILY' area, a 15,000 sq ft of recreation centre, was opened to players and family for the first time on Sunday and as per pictures shared by the four-time IPL winners, the likes of skipper Rohit Sharma, all-rounder Hardik Pandya and others were seen having a gala time.

The recreation centre has a theatre, pool table, karaoke, lounge and fun games for players to re-energise their minds as they gear up for the 13th edition of the cash-rich league slated to start from September 19 in the UAE.

Here in Abu Dhabi, Mumbai Indians had their first training session last Friday. Rohit led his team into the ground and even as he batted, his pace spearhead Jasprit Bumrah ran in to bowl some quick deliveries and get back his rhythm.

In line with the Standard Operating Procedures (SOPs) issued by the BCCI, all the players and support staff underwent a mandatory six-day quarantine after arriving in the UAE.

RT-PCR tests were conducted on everyone on Day 1, 3 and 6 of the quarantine.

The players were already tested multiple times before departure for the UAE. The players and support staff will be tested every fifth day of the tournament.