MI Outplayed Us, It's A Disappointing Result: RCB Coach Katich

Royal Challengers Bangalore(RCB) coach Simon Katich has admitted that his side was outplayed by Mumbai Indians(MI) in their IPL 2020 encounter which RCB lost by five wickets at the Sheikh Zayed Stadium. 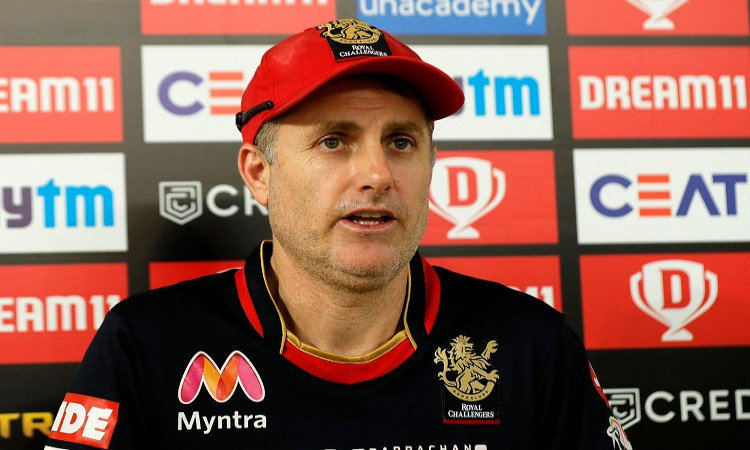 Batting first on Wednesday evening, RCB posted 164/6, riding on the 74-run knock from Devdutt Padikkal. Australia's Josh Philippe also contributed with 33 runs at the top of the order.

"I think Mumbai outplayed us. But we did many things really well today. The big positive was the two youngsters at the top of the order, Paddikal and Philippe. They got us off to a great start... but 164 was not enough and Mumbai deserve the result... It's a disappointing result. But I am sure we will bounce back positively," Katich said during the post-match press conference.

Katich also praised Suryakumar Yadav who played a "magnificent" knock of unbeaten 79 and took Mumbai across the line.

"We knew that we had to take some early wickets as it was not a huge score. But felt that we could defend it if we get wickets at the right time. But that did not happen. Suryakumar played a magnificent inning and got the momentum back in their favor," said Katich.

Mumbai Indians are currently placed at the top of the table with 16 points and on the verge of qualification, while RCB is at the second spot with 14 points from 12 matches.