All-rounder Hardik Pandya hasn't bowled in the first three games played by Mumbai Indians so far in the IPL 2021. MI coach Mahela Jayawardene has given a light on the issue during a virtual press conference ahead of their next game against the Delhi Capitals on Tuesday. 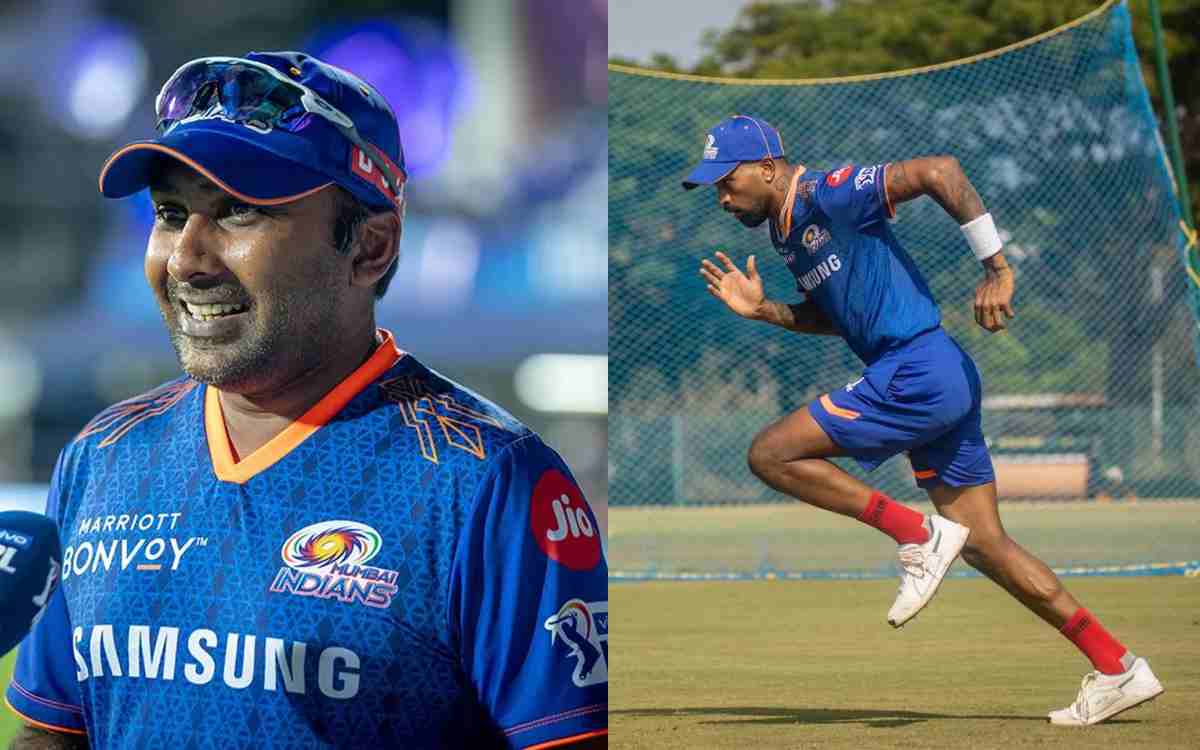 Jayawardene revealed that Pandya picked up a niggle during India's 3rd ODI against England last month which is being treated in the MI camp and hence the all-rounder isn't bowling.

"We were looking forward for him to be bowling this season... he was coming back from an injury already, but after those matches against England, the last ODI, I believe he picked up niggle, so that is something that we are nursing at the moment," Jayawardene said.

The Sri Lankan legend, however, was hopeful that Hardik will be back in action within a few weeks once he gets comfortable.

"We don't want to risk it, because it is important that we make sure that he (Hardik) is in a position to comfortably come in and bowl. So hopefully in the next few weeks, with a bit of work and all that, we might see him bowling," he said.

Despite not being able to bowl, Hardik remains involved in the game while on the field. He is very vocal on the ground and is always talking to the bowlers and giving suggestions. Due to his injury, Pandya has been strategically kept in the inner circle only so that he doesn't put much pressure on his shoulder while throwing the ball from the boundary.

This is has been beneficial for the team as well since he chokes quick singles which the batsmen tend to take. Pandya produced two run-outs - both direct hits - in Mumbai's match against SRH. The wickets were of David Warner and Abdul Samad, which eventually helped MI gain two points.

"We have always used Hardik on the boundary line because of his speed and he has a good throwing arm and his catching ability," Jayawardene said.

"Last few games, because he has a niggle in the shoulder, we kept (him) in 30 yards and he has proved the value of that by picking up a few run-outs because he is agile," he added.