Mumbai Indians (MI) on Sunday coasted to a 34-run win over SunRisers Hyderabad (SRH) at the Sharjah Cricket Stadium. Chasing a target of 209, SRH was limited to 174/7 by MI's bowling lineup. This is the first time this season that a team has not been able to score more than 200 runs in Sharjah. 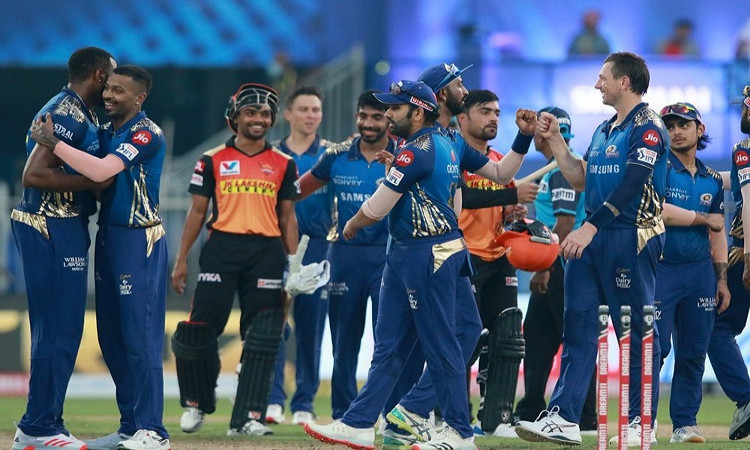 SRH kept losing wickets but captain David Warner kept them in the chase for much of the innings. Their pace fell off however after Trent Boult dismissed his New Zealand captain Kane Williamson in the 13th over. Warner soon fell on 60 off 44 balls in the 16th over by which time the required run rate had gone beyond 16 an over for SRH.

Also Read: Would Back Shane Watson For Another 4-5 Games: Gautam Gambhir

It came down to SRH needing 37 to win from the last over in which Pollard gave away just one run.

Krunal ended the innings with a six, consecutive fours, and another six off the last over which started with Siddharth Kaul taking the wicket of Hardik.