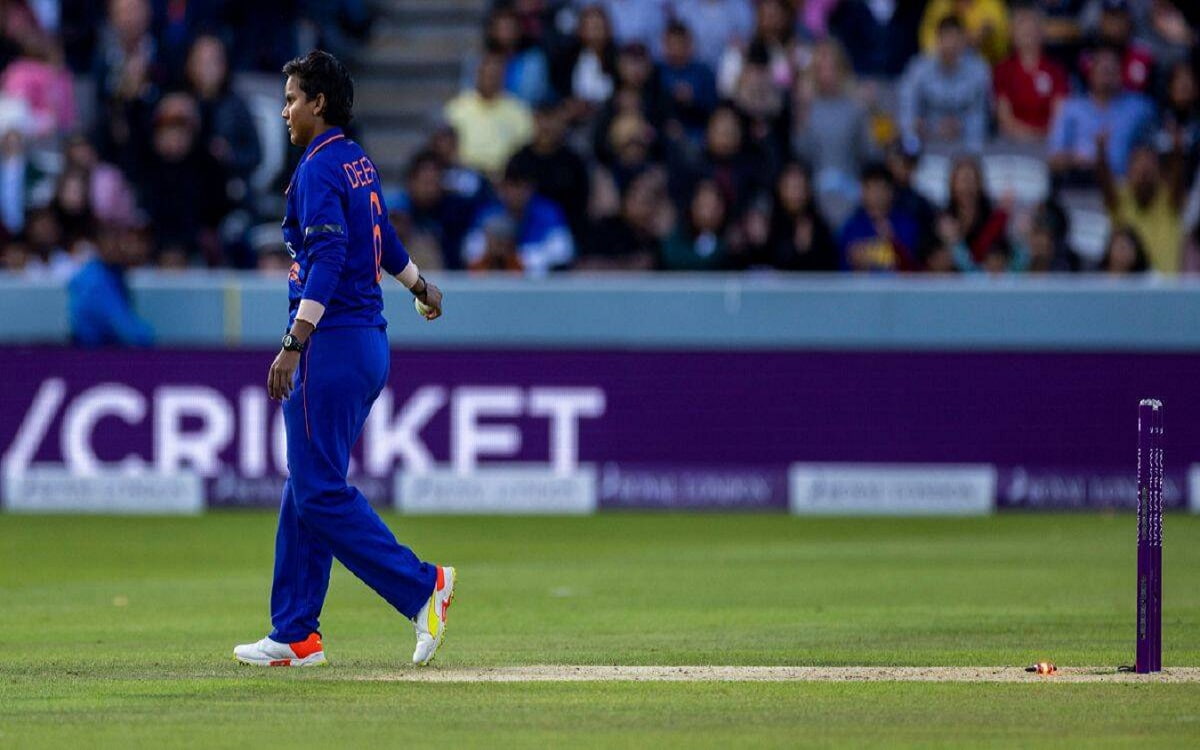 The Marylebone Cricket Club (MCC) on Sunday has called for batters to remain in their crease till the time the ball leaves the bowler's hand.

MCC's statement comes after the cricketing world was divided over off-spin all-rounder Deepti Sharma's run-out of Charlie Dean at the non-striker's end in a dramatic end to the third ODI between England and India at Lord's on Saturday.

Just as England looked to get an unbelievable win over India, thanks to Charlie's batting efforts and her stand of 35 with Freya Davies for the final wicket, Deepti saw her venturing out of the crease at the non-striker's end on the fourth ball of 44th over while in her delivery stride and knocked the bails off, giving India a 16-run win and 3-0 ODI series sweep over England.

With Deepti and the Indian team facing widespread criticism from a section of England cricketers over acting against the spirit of cricket, MCC have reminded everyone about the rules, by which the off-spin all-rounder and the visitors abided by at Lord's on Saturday.

"The Law is clear, as it needs to be for all umpires to be able to easily interpret throughout all levels of the game and at all moments in the game. Cricket is a broad church and the spirit by which it is played is no different. As custodians of the Spirit of Cricket, MCC appreciates its application is interpreted differently across the globe."

"Respectful debate is healthy and should continue, as where one person sees the bowler as breaching the Spirit in such examples, another will point at the non-striker gaining an unfair advantage by leaving their ground early."

"MCC's message to non-strikers continues to be to remain in their ground until they have seen the ball leave the bowler's hand. Then dismissals, such as the one seen yesterday, cannot happen. Whilst yesterday was indeed an unusual end to an exciting match, it was properly officiated and should not be considered as anything more," said the MCC in its statement.

Earlier this year, the MCC amended the game's Laws to move being run out at the non-striker's end from being deemed "unfair play" in Law 41 to "run out" in Law 38. MCC said the change is only due to come into effect from October 1 but "this was done to clarify this matter and to place an onus on batters to ensure that they do not leave the crease at the non-striker's end, prior to a bowler releasing the ball".

Charlie was left in tears after she was run out by Deepti for backing up too far at the non-striker's end in the 44th over. India, led by Harmanpreet Kaur, have now made it six wins from as many matches in the ICC Women's Championship 2022-2025 cycle.