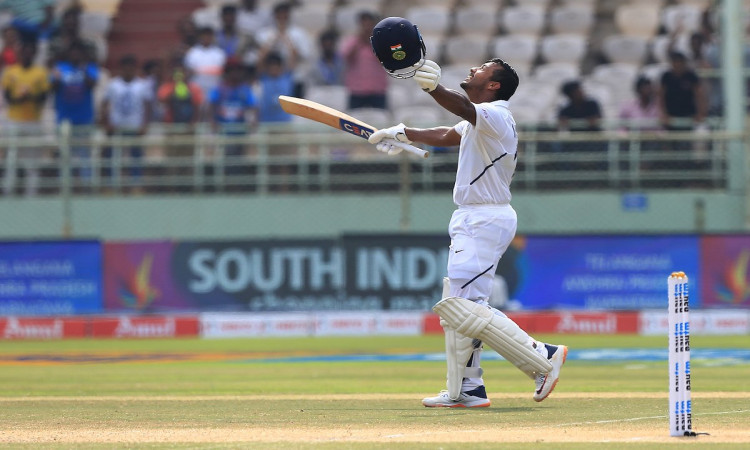 Visakhapatnam, Oct 3:  Mayank Agarwal on Thursday became the fourth Indian batsman to convert his maiden century into a double hundred. Playing his fifth Test match, Mayank played a superb knock of 215 in the first innings of the first Test between India and South Africa at the ACA-VDCA Stadium.

Earlier, Mayank, was involved in a record breaking 317-run opening partnership with Rohit Sharma. The pair became the third Indian batting pair to stitch together a partnership of 300 runs or more in Test cricket.

Rohit, who was opening the innings for the first time in Test cricket, scored 176 while Mayank contributed with 137 during their historic partnership.

The other two Indian opening pair to stitch together a partnership of more than 300 runs in Test cricket are Vinoo Mankad-Pankaj Roy (413 against New Zealand in 1956) and Virender Sehwag-Rahul Dravid (410 against Pakistan in 2006).

The record-breaking partnership was also the 12th highest opening partnership in Test cricket. Mayank got out for 215 from 371 deliveries. His innings was studded with 23 fours and six sixes.