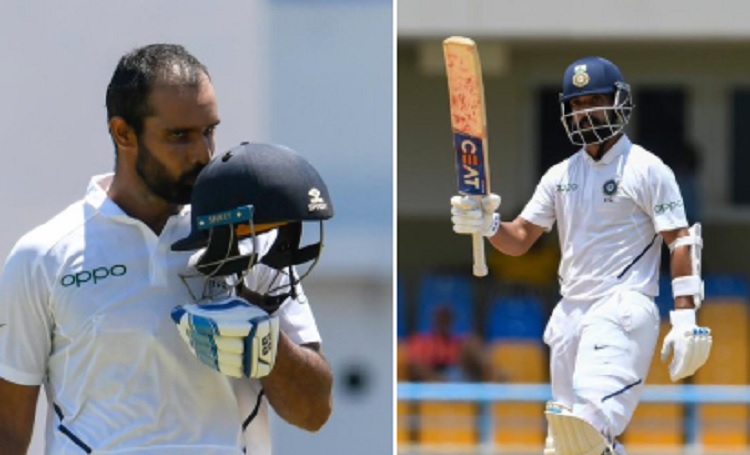 Vihari, who came to bat at No. 6, emerged as the leading run getter in the series with 289 runs, including a ton and two half-centuries. Rahane, India's vice-captain, finished second behind Vihari with 271 runs, including a century and two fifties, in the four innings he played in the Caribbean Islands.


Tough question on how to fix our batting: Jason Holder

"Lovely batting by Hanuma Vihari to get to his first 100. Also very good to see Ajinkya Rahane get back in form. The maturity and patience they have shown is a good sign for the Indian Test team," tweeted Tendulkar while heaping praise on the duo.

The 46-year-old also congratulated the team for the series victory, which saw them move to the top of the World Test Championship table with 120 points after they won the two matches in Antigua and Jamaica by 351 and 257 runs, respectively.

"It's been a joy to watch Jasprit Bumrah in this series. His hat-trick was special and the progress he has made in Test cricket has been absolutely terrific," the Master Blaster said while pin-pointing Bumrah's performance in the series.

Bumrah, who picked up five wickets in the Antigua Test, continued from where he left off in Jamaica to claim a seven-wicket match haul, which included a first-innings six-fer and a hat-trick.

Lovely batting by @Hanumavihari to get to his 1st 100. Also very good to see @ajinkyarahane88 get back in form.
The maturity & patience they have shown is a good sign for the Indian Test team.#WIvsIND pic.twitter.com/T5EaNxGdpn