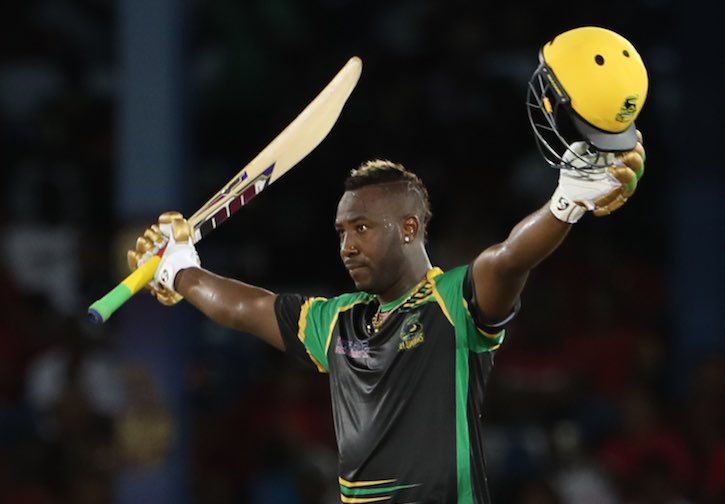 The Tallawahs appeared absolutely dead and buried when they slumped to 41/5 in response to TKR’s Hero CPL record score of 223/6. But Russell had other ideas as he blasted his way to a quite ridiculous 40-ball century having earlier taken a hat-trick at the back end of the Knight Riders’ own extraordinary innings.

There appeared little to concern the Knight Riders when the big all-rounder was dropped first ball by Ali Khan, but it would prove to be the most dramatic of turning points as Russell launched a calculated but brutal assault on the Trinbago bowling attack.

Favouring the leg-side but also striking spinners and seamers alike down the ground with a seemingly unstoppable combination of exquisite ball-striking and sheer brute force, Russell bent the game to his will.

Two of Russell’s sixes cleared not only the ropes but also the Queen’s Park Oval stands. Dwayne Bravo shuffled his bowling options but could not stop the flow as six after six rained down on a disbelieving crowd in Trinidad.