Nagpur, Sep 30 (Cricketnmore):  India will aim for a return to the top spot in One-Day International (ODI) rankings when they face Australia in the fifth and final match at the Vidarbha Cricket Association Ground here on Sunday. 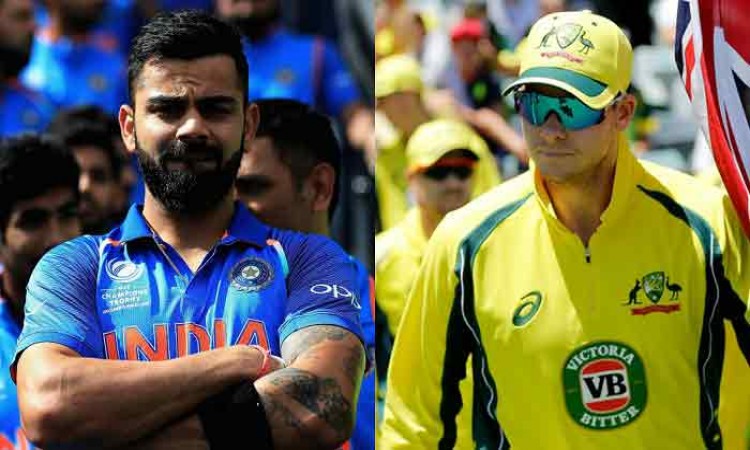 The hosts, who have already clinched the five-match ODI series with an unassailable 3-1 lead, slipped to the second spot after losing the fourth tie in Bengaluru by 21 runs on Thursday.

Australia rode on an all-round show, with openers Aaron Finch and David Warner starring with the bat along side pacer Kane Richardson's three-wicket haul to clinch their first victory in the series.

India will look to get back to winning ways banking on in-form batsmen Ajinkya Rahane, Rohit Sharma, Mahendra Singh Dhoni and Kedar Jadhav.

The hosts, who played pacers Mohammad Shami and Umesh Yadav in place of Jasprit Bumrah and Bhuvneshwar Kumar will be forced to make changes in the bowling department which failed to look lethal in the last match.

Spinners Axar Patel and Yuzvendra Chahal will be the key in the middle overs to provide important breakthroughs.

The visitors, however, will look to emulate the previous ODI to end the series on a respectable note.

Openers Warner and Finch will be the key to the batting line-up. The side will also expect skipper Steven Smith to play a vital role in adding to the teams score tally.

In the bowling department, pacers Nathan Counter-Nile and Richardson will look to vary their pace to pick up crucial wickets.