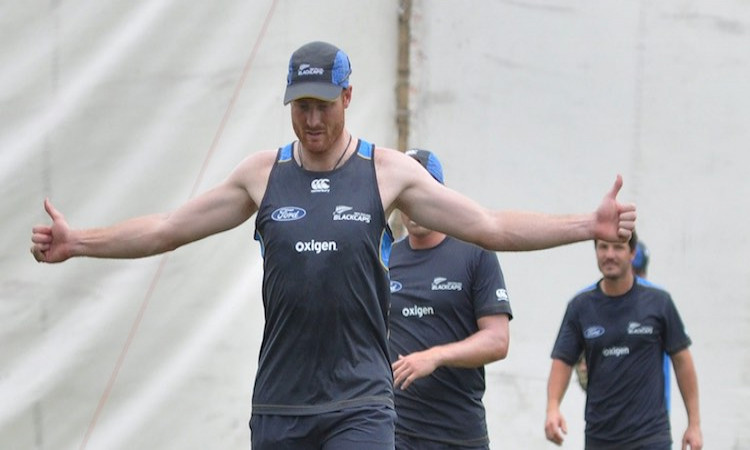 Wellington, Feb 9 - New Zealand opener Martin Guptill is likely to return from injury for the upcoming three-ODI series against Bangladesh, starting in Napier on Wednesday.

Guptill, who was ruled out of the T20I series against India after aggravating a disc in his lower back, will undergo a fitness test on Sunday. If found fit, the explosive opener will join Henry Nicholls at the top of the order against Bangladesh.

New Zealand Cricket (NZC) selector Gavin Larsen said it was an important series for the side as they look to fine-tune game ahead of the ICC Cricket World Cup in June and July.

"It's an exciting time for players and coaches alike as we look to sign off our home summer of white-ball cricket," Larsen said in a media release.

"We're delighted to have Martin back on the park for this series; he's a world-class player and an integral part of our one-day side. He and Henry did a good job opening-up in Hamilton against India and they're a combination we want to see some more of in this series, before Colin returns to the top for the third game with Kane resting," he remarked.

Mitchell Santner and Todd Astle are the specialist spinners in the squad, while Colin de Grandhomme and Jimmy Neesham take the pace bowling all-rounder spots.