Markram, Mulder slam tons as South Africa 'A' fight back against Ind 'A' 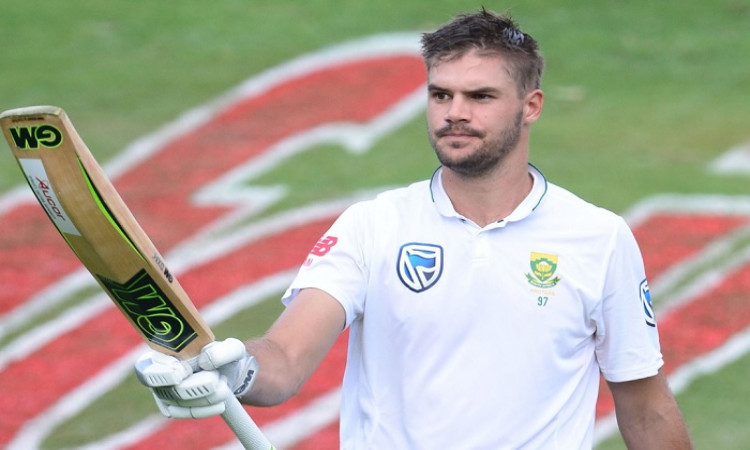 Mysuru, Sep 19: Skipper Aiden Markram slammed 161 in the lead-up to the Test series while all-rounder Wiaan Mulder also scored a hundred to take South Africa 'A' to 400 against India 'A' on Day 3 of the second unofficial Test on Thursday. At stumps, India 'A' were on 14/0, still leading by 31 runs with Priyank Panchal (9 batting) and Abhimanyu Easwaran (5 batting) at the crease.

The day belonged to the away side as they resumed on overnight score of 159/5 with Markram batting on 83. The promising 24-year old opener then hit 20 fours and two sixes to take his tally to 161 from 253 balls.

Markram was more than ably supported by fellow overnight batter Mulder who struck 131 off 230 deliveries with the help of 17 fours and one six. The pair associated for a 155-run sixth-wicket stand as South Africa 'A' showed fight for the first time in the series.

Markram, who in all likelihood will open for the Proteas in the first of three Tests starting on October 2 in Visakhapatnam, did his cause no harm as he milked the Indian bowlers all over the park and showed excellent application.

Mulder, who picked up three wickets in the first innings, remained unbeaten on 131 when last man Lungi Ngidi was dismissed in the 110th over, in the final session on the third day.

For India, chinaman bowler Kuldeep Yadav returned with best figures of 4/121 in 29 overs.

India 'A' earlier took the one-day series 4-1 in Thiruvananthapuram before winning the first four-dayer by seven wickets.