Marcus Stoinis Played Extremely Well And It Was Nice To Be Under Pressure : Kagiso Rabada

South African pacer Kagiso Rabada, who produced a sensational performance in the Super Over to help Delhi Capitals defeat Kings XI Punjab, has stated that "it was nice to be under so much pressure in the first game". 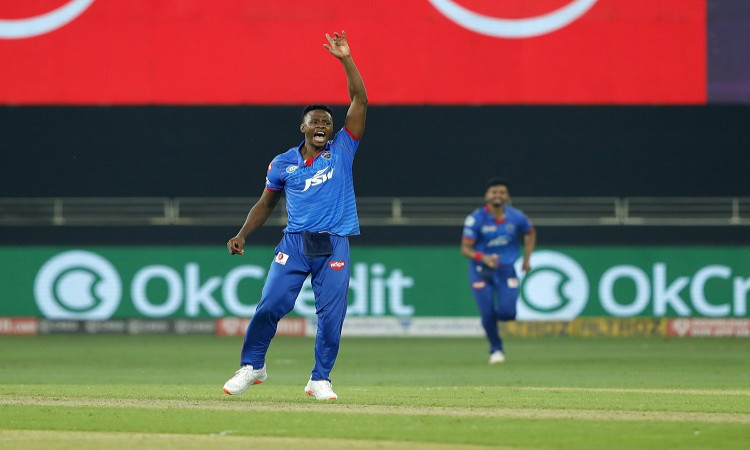 On Sunday, Rabada restricted Kings XI Punjab to just two runs in the Super Over which was chased down by Delhi Capitals without any hiccups to register a win in their opening match of the 13th edition of the Indian Premier League (IPL).

With Marcus Stoinis proving to be vital in the back-end of both the innings, Delhi Capitals managed to take the game into the Super Over, and Rabada was quick to credit his teammate for the win.

"I think it was incredible batting by Stoinis. He played an unbelievable innings towards the end to get us to a respectable total, and I thought Shreyas (Iyer) and Rishabh (Pant) batted extremely well together to get us out of that hole early on," said the South African.

"What a day Stoinis had - he bowled two full tosses and got two wickets so it was his day. And from there, I think we took our opportunity to win that game," he added.

Having stepped up to deliver in the Super Over, the 25-year-old conceded two runs off the first ball with his delivery drifting onto KL Rahul's legs. However, the South African came back to pick up the Indian opener's wicket by following him down the leg side and forcing him into an awkward position to play the pull shot, which eventually found Axar Patel's hands.

"You don't plan anything. I don't plan to win, but instead I plan to execute to win, and I think I managed to do that well in the Super Over," Rabada commented on how he approached the six deliveries.

The pacer then managed to strike again as he took apart Nicholas Pooran's off stump to wrap up the innings in just three balls. "That's just the way a game of cricket goes. Honestly it was a big relief because I knew if I did that, and with the kind of batters we have, three runs to win, we could do that. I was just very relieved that I took the wicket and could help the team in winning," expressed Rabada.

Delhi Capitals will next face Chennai Super Kings on Friday and Rabada hopes the top-order, which failed against Kings XI, would get back to form and would click.

"Unfortunately our top order couldn't do it this time, but we know all of them are quality players and will click in the upcoming games. So, you know, happy for the win but there's still a long way to go in this tournament."