Many Positives But Plenty Of Areas To Improve: Dhoni

Chennai Super Kings captain Mahendra Singh Dhoni was all smiles after his team beat defending champions Mumbai Indians by five wickets in the first match of the Indian Premier League (IPL) on Saturday. 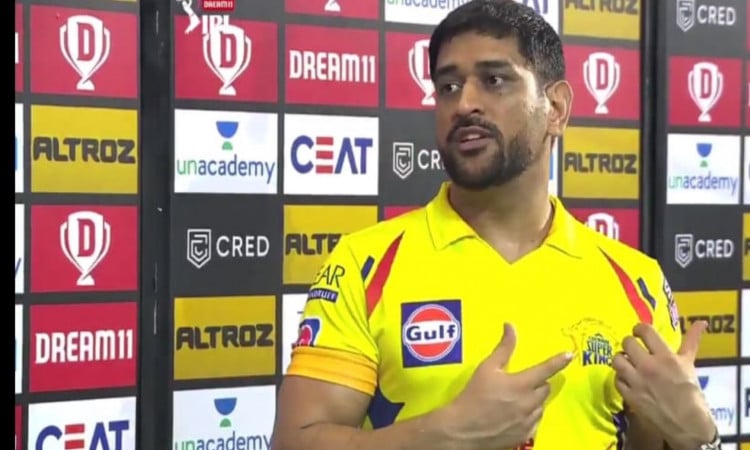 CSK were clinical with both bat and ball but Dhoni feels that there are still plenty of areas to improve.

"You want to assess the conditions and give your best," Dhoni said in the post-match presentation ceremony.

"I felt we took time to gauge how to bowl in these conditions. The MI batsmen batted well, they were able to put pressure on us. Overall, plenty of positives, but plenty of areas to improve," he said.

Dhoni said that he was relieved that no one was injured considering that most players in the team have retired from international cricket.

"Overall, a very good first game to play and no injuries -- most of us are retired. (Experience) does pay off. Especially these days with three-match series, playing 300 ODIs is a big feat. You need a good mix of youngsters and experience. What really helps youngsters in the IPL is the fact that there are lots of senior players from different countries for 60-70 days," the skipper said.

MI captain Rohit Sharma said that the difference between the two sides was the fact that none of their batsmen carried on the way Faf du Plessis and Ambati Rayudu did for CSK. The duo put up a 115-run stand for the third wicket with both scoring fifties to practically take the game away from MI.

"None of our batsmen carried on for us, like du Plessis and Rayudu did for CSK. Credit to the CSK bowlers, they bowled well at the end to pull things back," he said.

"We all want to start really well... it's crucial in this tournament where momentum is important. Few things for us to learn from this game, we did make a few mistakes. Hopefully we'll rectify those and come out smarter in the next game," he added.