Manjrekar Praises Hardik Pandya, Says The Batter Is Playing On A Different Planet

All-rounder Hardik Pandya played a massive part in India making 208/5 against Australia in the first T20I at Mohali. 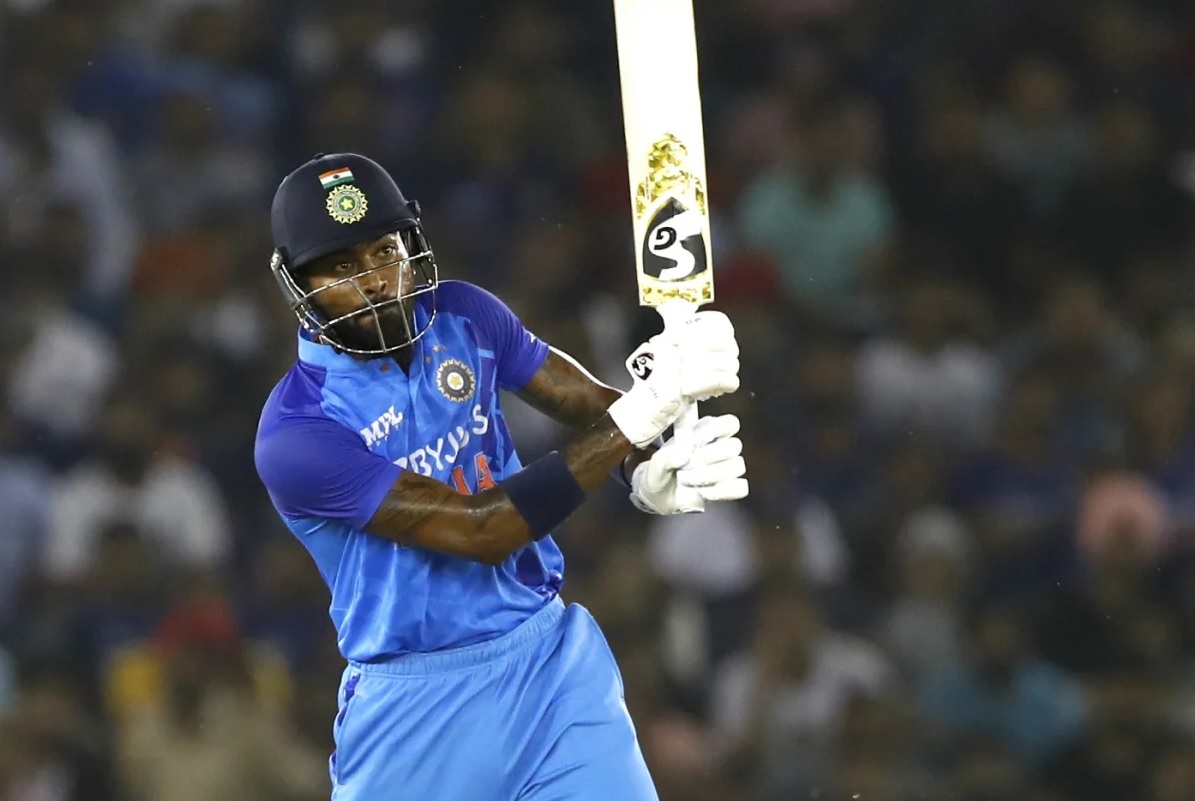 Former India cricketer-turned-commentator Sanjay Manjrekar feels that all-rounder Hardik Pandya is playing the game currently on a different planet as compared to his India teammates.

On Tuesday, Pandya played a massive part in India making 208/5 against Australia in the first T20I at Mohali. Coming at number five, Pandya hit a sensational 30-ball unbeaten 71 and finished off the innings in a hat-trick of sixes off Cameron Green to give India a mammoth total that they were unable to defend.


India's Bowling Issues Will Be Easily Addressed With The Availability Of Shami, Bumrah: Manjrekar

"Absolutely (on Pandya being an asset for India in T20Is), and you know we thought in the Asia cup, that maybe he's lost his mojo a little bit and whether if he's quickly going to come in form but that was sort of bump in the kind of batting form that we've seen with Hardik Pandya. When we talk about the form it's not about 40s, 50s, or 60s," said Manjrekar on the 'Sports Over The Top' show on Sports18.

Since his T20I comeback in June during the home series against South Africa, Pandya has scored 402 runs in 17 matches at an average of 36.54 and a staggering strike rate of 152.85, thus providing solidity at the number five position and becoming a vital cog in the wheel of India's batting card.

"The kind of shorts and the impact he's making with the bat and again we're back to the Hardik Pandya who's playing on a different planet currently. Class batting against some quality bowling. I think that is very important to note as well. And because India batted first, it wasn't as easy as it was in the second half of the match. So, hats off to Hardik," added Manjrekar.

Manjrekar further elaborated that leg-spinner Yuzvendra Chahal looked a little tired in his spell of 1/42 in 3.2 overs in the first T20I against Australia where conditions at Mohali didn't favour him much. "Too many matches. He's somebody that comes good if you see him, how he made a comeback after being dropped for a while. Come Australia, when he's had a little bit of break, he'll be fine."

Manjrekar signed off by pointing out that India don't have a spinner with x-factor in their squad for Men's T20 World Cup. Apart from Chahal, off-spinner Ravichandran Ashwin and left-arm spinner Axar Patel have been included with leg-spinner Ravi Bishnoi in the reserves.

"But I've always wanted the X factor in the spin department and that's the only thing that concerns me about the squad that has been announced for Australia. Axar, Ashwin and Chahal. The three spinners. I don't see drama happening in the middle overs which you need to win T20 games."