Royal Challengers Bangalore will take on Lucknow Super Giants in the Eliminator match of the IPL 2022 at Eden Gardens, Kolkata 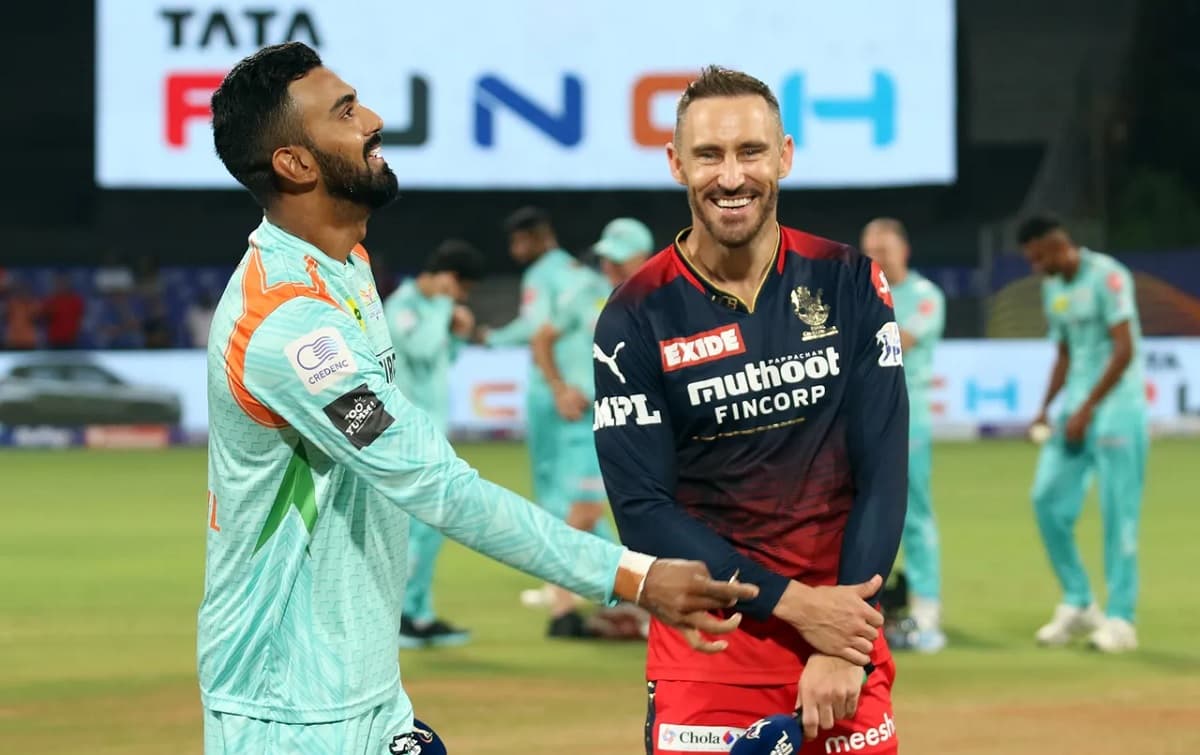 Royal Challengers Bangalore will take on Lucknow Super Giants in the Eliminator match of the IPL 2022 at Eden Gardens, Kolkata on Wednesday. It is a do-or-die game for both teams as the loser of the game will be knocked out of the tournament while the winner will proceed to play Qualifier 2.

In the all-important knockout game, complete team performance is the key and by looks of it, RCB are a better team, at least on paper. Even though they barely managed to get into the playoffs, the fact that each player has played his part in eight wins in the league stage is a massive positive for the team.

The difference between the two sides will be in batting. Which team will bat better will win the game. For RCB, there have been plenty of batters who have played a massive role throughout the league stage - five batters have scored more than 200 runs. For LSG, even though two of their batters are in the top three run-getters of the tournament, the rest haven't been close enough.

Nearly 61% of the LSG team runs have been scored by three batters - KL Rahul(22.8%), Quinton de Kock(21.32%), and Deepak Hooda(17.24%). It is both good news and bad news. The good news is that Lucknow's top three batters are in great form and have been piling on runs this season and the bad news is the over-dependence on these three batters.

For RCB to win, an early wicket of these three batters will be crucial. Rahul is a slow starter and doesn't take many chances in the first six overs even if there is a favorable matchup.

Rahul just doesn't attack inside the powerplay and this season, he has been susceptible while facing pace early in the innings. The best way to stop him is to bowl Josh Hazlewood and Mohammad Siraj against him - who can make the new ball move and get Rahul out early.

De Kock has been in brilliant touch this season and does the attacking role in the powerplay.

One of the best ways to keep him quiet is to bowl off-spin against him early in the inning. In IPL 2022, de Kock has faced 23 balls vs off-spin in powerplay where he has scored 25 runs while getting out once.

If KL Rahul and Quinton de Kock survive the powerplay, there is no stopping them. They take on each type of bowler with ease. Apart from them, Deepak Hooda has been a perfect top three where he has been brilliant in keeping the scoring rate in the middle overs.

One can try to hurry him against pace, but Hooda has looked solid to keep the scoring rate up in tricky situations throughout the season.

If RCB manages to remove Rahul, de Kock, and Hooda early then half of the job is done. Then only Marcus Stoinis is someone who can help Lucknow. Stoinis is a terrific pace hitter and the teams don't even try to bowl spin against him in the slog overs.

Coming to the Bangalore batting lineup, Faf du Plessis has scored the most runs for them - 443. RCB ended the league stage with a second-worst run rate in the powerplay. The top order consisting of Virat Kohli and Faf du Plessis haven't been the best starters this year.

Glenn Maxwell has often arrived early in the innings, closed the powerplay with great intent, and tried to keep the scoring rate up in the middle overs which has often led to his dismissals.

Rajat Patidar, Shahbaz Ahmed, and Mahipal Lomror have been brilliant to keep the intent going even if the wickets have fallen. The trio has combined to score 434 runs at a strike rate of 145.55.

What they have done is let Dinesh Karthik come late in the innings where his sole role is to blast the pacers and finish the inning.

The fact that RCB batters have had various situations to play this season and test themselves makes them favorites to win the game against LSG. It'll be LSG's top order vs RCB's full-strength batting.