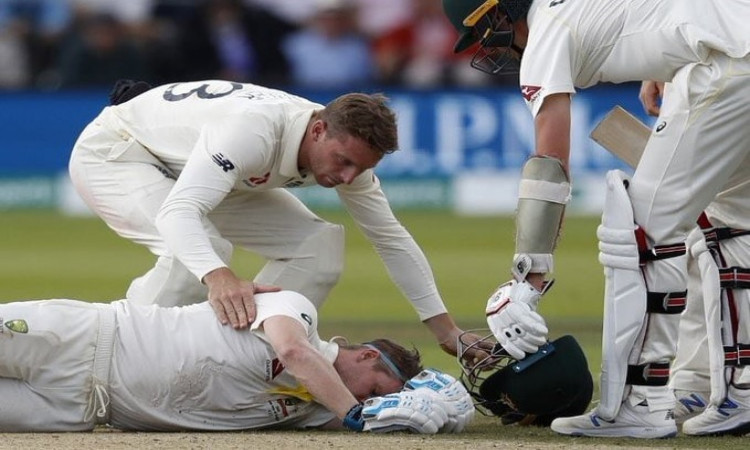 "Him missing the Headingley Test will be a massive loss for Australia. He has been a standout in this series and he looks like he's batting in different conditions to everyone else," McGrath was quoted as saying by BBC.

In a big blow to Australia, Smith was ruled out of the third Ashes Test against England beginning on Thursday.

With a turnaround time of three days between the two Tests, it was always going to be tough one for Smith to be ready in time and recover from concussion.

Cricket Australia on Tuesday confirmed that he has been ruled out of the Headingley Test, reports ESPNcricinfo.

Smith, who had struck twin centuries in the Ashes 2019 opener, which Australia won in Birmingham, was on 80 not out on the fourth afternoon of the Lord's Test when he was struck in the neck by a steep 92.4mph (148 kmph) bouncer from Jofra Archer following which he had to leave the field.

The 30-year-old had initially passed a concussion test and returned to complete his innings before he was eventually dismissed for 92. He woke up with a headache and some dizziness on the final day of the drawn Lord's Test and mandatory subsequent testing revealed his condition had deteriorated.

"I've no doubt that if things had been left to Steve Smith he would have said he was fine to bat on the final day, but head injuries are taken a lot more seriously now and rightly so," McGrath said.

"I'm still backing Australia, of course. I think England still have a lot of worries in their top order and with three Tests to go and Australia leading 1-0, England have to win at least two.

"England will be buoyed by Archer coming in and doing as well as he did, but there's a long way to go in this series yet," the legendary pacer added.

Australia lead the five-match series 1-0 after winning the first rubber by a massive 251 runs, largely due to Smith's heroics with the bat.

The second Test here at Lord's was a draw.