Lords’s Test: India trail by 272 at lunch against England 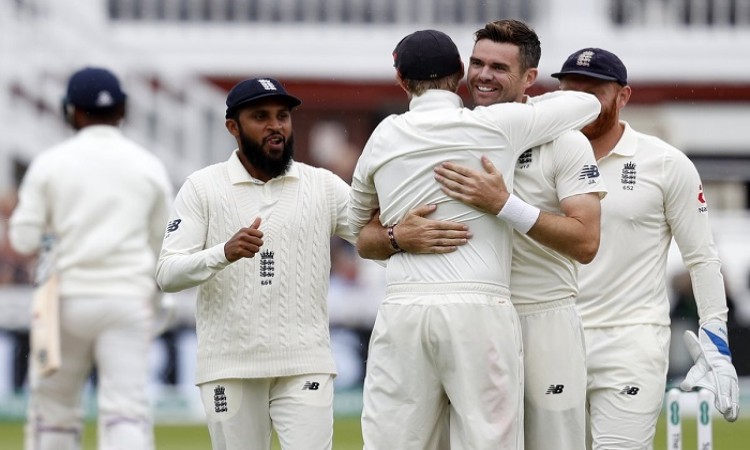 London, Aug 12 (CRICKETNMORE):  India were 17/2 in their second innings at lunch, trailing by 272 runs on the fourth day of the second Test match against England here on Sunday.

Cheteshwar Pujara (5) and Ajinkya Rahane (1) were at the crease when sky opened up which forced umpires to call for the break early.

After England declared their first innings at 396/7, taking a 289 runs lead, bowlers did a brilliant job and put pressure on Indian batsmen right from the start.

Opener Murali Vijay (0) was the first one to go. He was caught behind off pacer James Anderson in the third over.

Lokesh Rahul (10) and Pujara then tried to repair the damage work but Anderson once again struck to dismiss Rahul. He was adjudged leg before wicket in the seventh over.

Rahane and Pujara then played sensibly and did not loose their their wickets till the end of the first session.

Resuming the day at 357/6, England added 39 runs to their overnight score with Woakes scoring 137 in 177 balls, which included 21 boundaries.