Look back at the progress team made with happiness: Sanjay Bangar 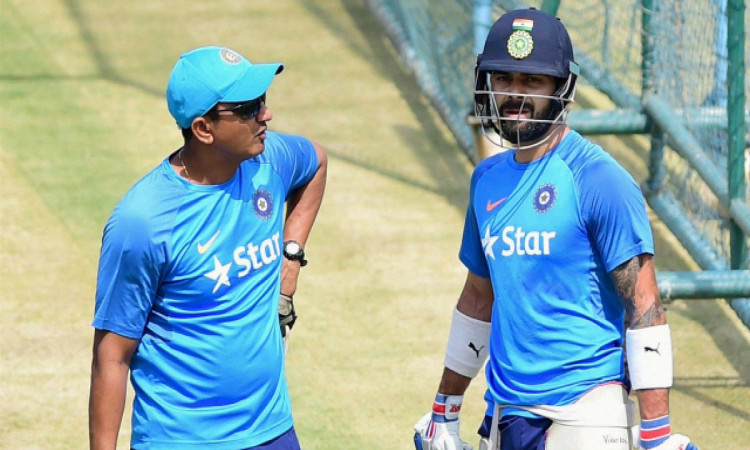 New Delhi, Sep 11: Sanjay Bangar has said that he won't be taking any offers outside India immediately. Bangar's five-year tenure as India's batting coach ended this month and the former batsman says that he will use this much needed break to "reflect, refresh and reinvent."

"I have been travelling for five years, I don't think I may take up roles outside India immediately," Bangar told Cricbuzz on Wednesday. He said that despite being the only person among Ravi Shastri's coaching staff who lost his place when their contracts were renewed, he does not have negative feelings about the situation and instead views his tenure at the helm with pride.

"Being disappointed is a natural feeling, which lasted for just a few days. But I thank the BCCI and all the coaches, Duncan (Fletcher), Anil (Kumble) and Ravi (Shastri), for giving me an opportunity to serve Indian cricket for five years.

"I look back on the progress the team made since 2014 and being No. 1 in Tests for three years in a row with happiness. We won 30 out of 52 Tests played, 13 of them overseas. We also won consistently in ODIs in all countries. The only thing that eluded us was the World Cup," he said.

One of the biggest criticisms that came Bangar's way after India's exit from the World Cup was the lack of a concrete option at the number four position in limited overs. During the tournament, KL Rahul played in the position and after the injury to Shikhar Dhawan, it was Vijay Shankar who was played in that role.

"The entire team management and selectors were part of the decision making for the No. 4 spot. The choice relied upon current form, fitness criteria, whether he was a left-hander, whether he could bowl, etc.," he said.

It was during his time that Virat Kohli consolidated his position as the best batsman in the world across all formats and Rohit Sharma and Shikhar Dhawan went from strength to strength as an opening pair. Cheteshwar Pujara also took his game to the next level in Test cricket. However, Bangar's time also saw the international career of Murali Vijay plateauing and Ajinkya Rahane's inconsistency.

"Rahane missed out on converting a lot of 50s into 100s in the last 18 months and contributed in all our overseas victories in Johannesburg, Nottingham and Adelaide. I was happy for him that he eventually crossed the three-figure mark in West Indies, where he played a pivotal role in seaming conditions," said Bangar.

"As far as Vijay goes, when a player is playing only one format, it adds to the challenge of immediately finding rhythm in international cricket if you are opening in tough overseas conditions."