Punjab Kings defeated RCB by 54 runs as Bairstow hammered 66 off 29 deliveries (4x4, 7x6) in a brilliant display of power-hitting that set the stage for Livingstone's 42-ball 70 runs. 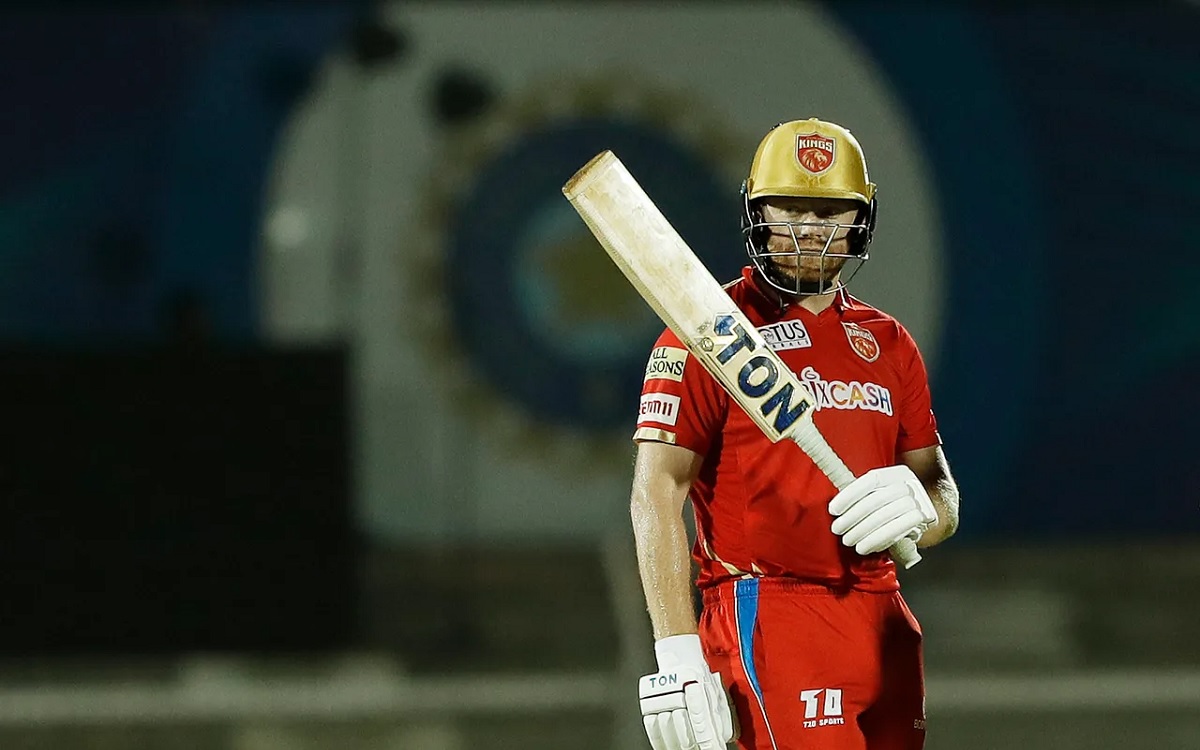 Punjab Kings all-rounder Liam Livingstone of England credited his compatriot Jonny Bairstow with setting the tone for his team's comprehensive 54-run over Royal Challengers Bangalore with a blazing knock in Match 60 of IPL at the Brabourne Stadium here on Friday.

Bairstow hammered 66 off 29 deliveries, hitting four boundaries and seven huge sixes in a brilliant display of power-hitting that set the stage for Livingstone's 42-ball 70 that took Punjab Kings to 209/9 in 20 overs.

In reply, Royal Challengers Bangalore were restricted to 155/9 in 20 overs, the team from the south losing its momentum after former skipper Virat Kohli and his successor Faf du Plessis were out in the powerplay with the score 34/2 in the fifth over. Rajat Patidar (26) and Glenn Maxwell (35) raised 51 runs for the fourth wicket but once they were out, RCB lost steam and went on with the motion.

"Jonny set it up perfectly for the rest of the batters and I think the way we bowled was pretty exceptional on a very good pitch. If we get our chance to put the opposition under pressure, then make sure we do that and I thought Jonny did that perfectly today to one of their best bowlers throughout the tournament. The intent that he showed in his first over put us way ahead of the game, not just in the game but mentally as well. The way Jonny went out there and played today, we know how good he is at the top of the order and he showed that," Livingstone said at the post-match presentation on Friday.

About his and Bairstow's innings, Livingstone said, "It's how we want to play our cricket. I thought Jonny was outstanding and really set the tone and from then on, I thought we were ahead of the game and it gave us a chance, especially myself, to get in and assess the conditions a little bit longer than usual. So it was nice to be able to knock it around for a little bit before setting a platform to go at the end. Jonny set it up perfectly for the rest of the batters and I think the way we bowled was pretty exceptional on a very good pitch. I still thought we were 10-15 short with the size of the boundary and how good the pitch was so I think all credit goes to our bowlers."

Livingstone, who was troubled by a tight calf/Achilles and had to ice it as a precaution, said he has a difficult role in the team, going up and down the batting order.

"It's been a different role. I've been up and down the order and just trying to make a contribution in every game wherever I am. Sometimes I come in with three overs left, sometimes I've come in the Powerplay. The proudest thing for me is being able to contribute in all areas of the game is pretty pleasing for me. I feel like I'm seeing the ball well at the moment and it's nice to be able to put in performances that go a long way to winning your team the game. So it's been nice to get a few runs and long may it continue," Livingstone said.

He said having the skillset to be able to bat anywhere in the order sets him up really well.

"Having the sort of knowledge to bat in the Powerplay but also having the skills to come in and hit from ball one at the death is something I work really hard on and I pride myself on. So wherever the team and the coach and the captain want me to bat, I'll try to do the best of my ability to affect the game in that situation," said the 28-year-old Livingstone.