The Imperial Lions were on Sunday crowned  T20 Challenge champions after Kagiso Rabada and Reeza Hendricks played leading roles to help them overcome the Hollywoodbets Dolphins by four wickets in a low-scoring final in Durban. 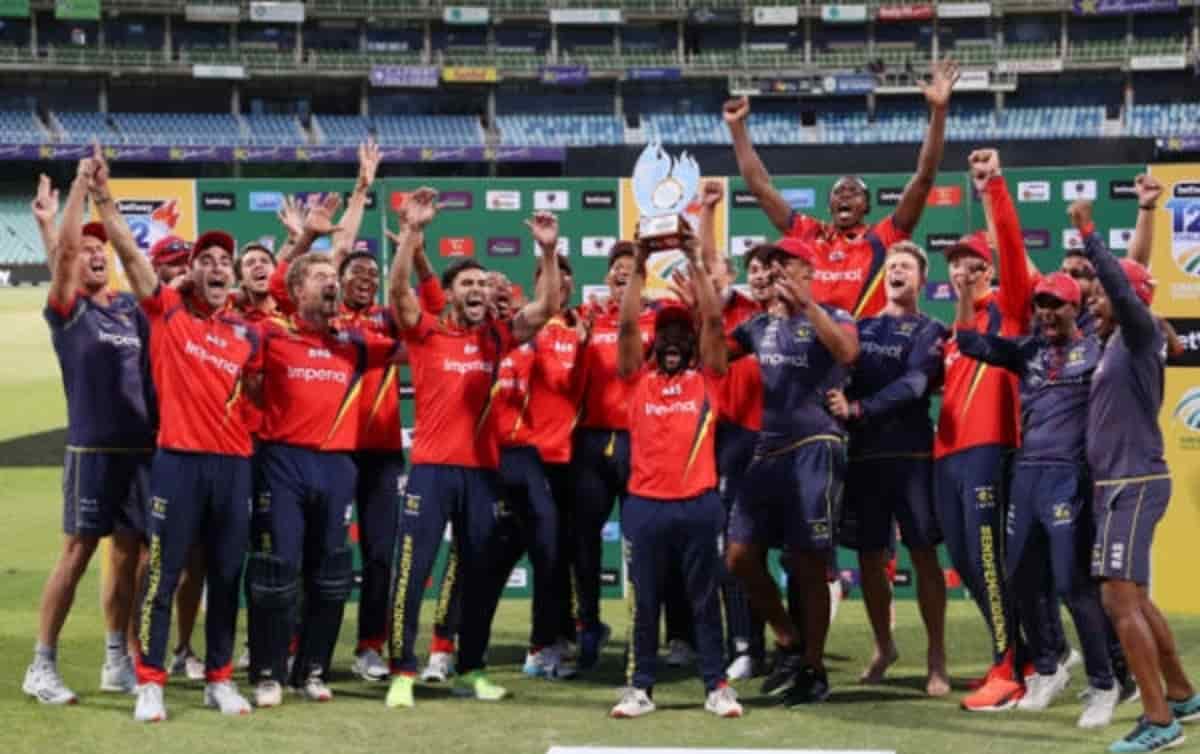 South Africa fast bowler Rabada, one of several standout bowlers, grabbed three for 12 in an impressive display of skill and speed as the hosts were restricted to a poor 107 for seven wickets after winning the toss.

Opener Hendricks, the leading run-scorer in the competition, then struck 39 off 40 balls to lead a nervous chase that ended with the visitors crossing the line with an over to spare.

That concluded an excellent all-round game for the Lions, who were defending the title they won the last time the competition was played in the 2018-19 season. There was no event last year due to Covid-19 while this year's edition was held in a bio-secure environment (BSE) in this coastal city.

The two sides, which shared the Momentum One-Day Cup title a few weeks ago in Potchefstroom, were the best teams of the week after finishing first and second during the round-robin phase of action.

The top side, the Dolphins, were favourites heading into the game, but their batting turned disastrous at the Hollywoodbets Kingsmead Stadium.

Three of their top four batsmen -- Sarel Erwee (0), Ruan de Swardt (2) and David Miller (2) -- fell for single-digit score, leaving their side on 14 for three inside the first five overs.

Even though Grant Roelofsen (20) kept his wicket intact at the other end, free scoring was proving to be difficult. They reached 44 for four at the halfway stage, before losing Khaya Zondo (24) in the 13th over.

Rabada then took out Mangaliso Mosehle (18) and Keshav Maharaj (1), with Robbie Frylinck (30 not out) left to battle it out all alone at the death -- his team setting just 108. Apart from the fast bowler, Sisanda Magala collected two for 19, Bjorn Fortuin bagged one for 19 and Beuran Hendricks nabbed one for 29.

The Dolphins needed early wickets to have a chance, but they did not get that as the Lions raced to 25 for none inside three overs.

Ryan Rickelton was eventually dismissed for three by Keshav Maharaj (1/22), but Temba Bavuma (22) and Hendricks continued to keep them on top.

Both fell in quick succession, together with Rassie van der Dussen (3) and the promoted Rabada (1) to leave the hosts at 80 for five.

But Wiaan Mulder (24 not out) kept his cool to finish the job for Wandile Gwavu's side.