England's star all-rounder is in danger of missing the T20 World Cup opener against the West Indies on Saturday after getting injured during the warmup match against India on Monday. 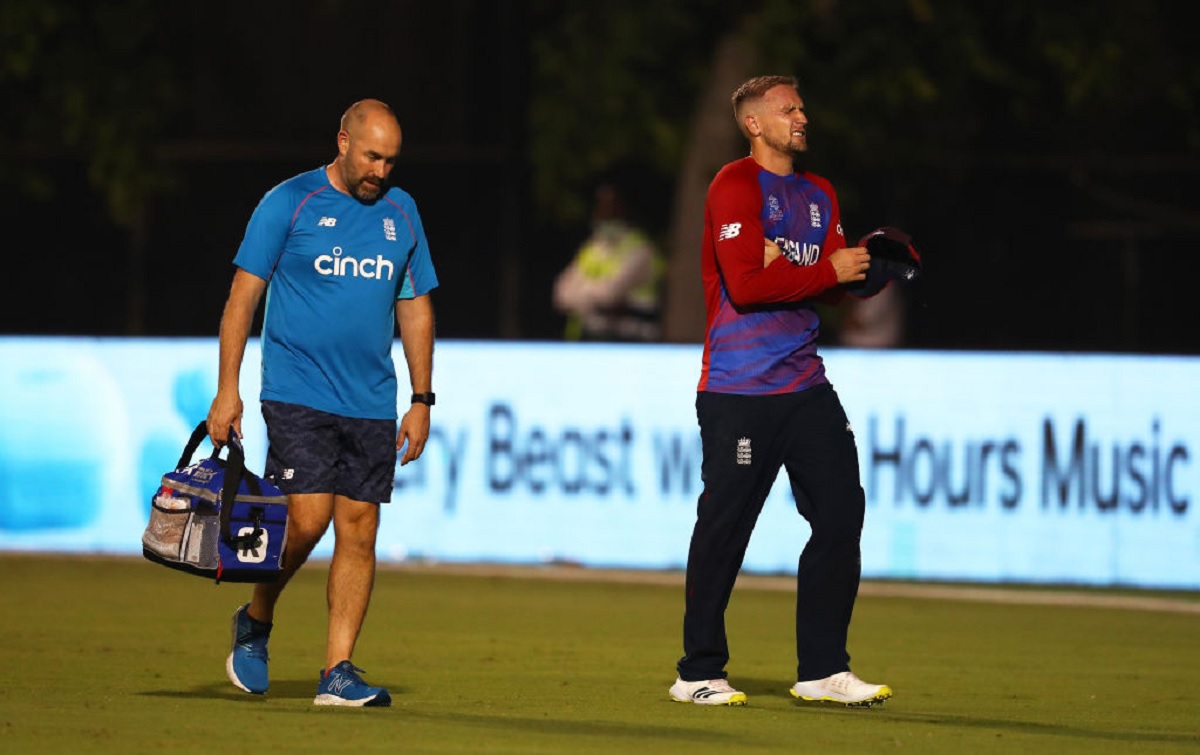 Livingstone got hit while attempting to catch a hard-hit ball off Ishan Kishan's bat under the not-so-bright lights of ICC cricket academy in Dubai. The all-rounder looked in immense pain and was immediately taken out of the field.

The little finger on the left hand looked swollen and Livingstone didn't take part further in the game, which India won by an over to spare. The visible swelling scared the English players as well, admitted Moeen Ali.

"Obviously it was a bit of a scare at the time but he said it was fine, so hopefully he's all good. He's a brilliant player - he's been playing really well over the last couple of years. Hopefully, he can carry that form into the World Cup and I feel like it's going be a big stage for him."

Liam was having a terrific game before the injury happened where he not only smashed 30 off 20 balls but also picked the wicket of Indian skipper, Virat Kohli. Livingstone was getting a lot of assist from the pitch and even turned the ball square to deceive Kohli.