RCB moved to the 4th spot in the points table after a convincing 8-wicket win against GT in match 67 of IPL 2022. 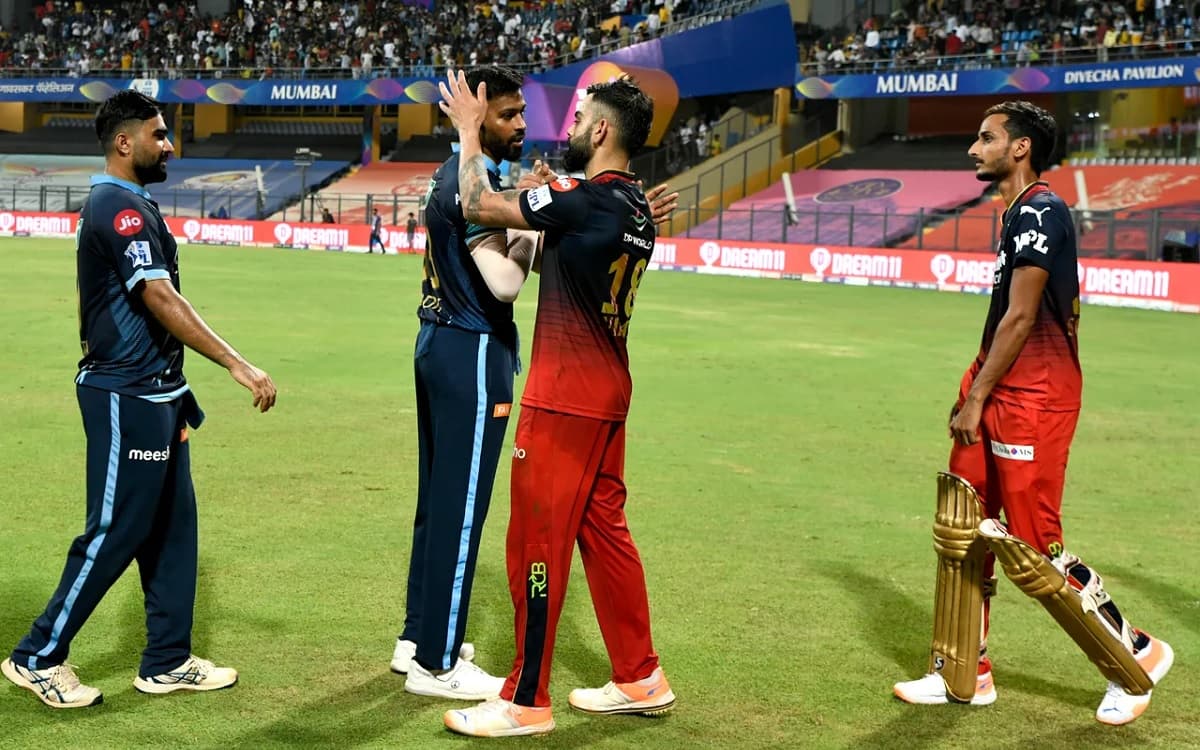 Royal Challengers Bangalore registered a convincing win against table-toppers Gujarat Titans on Thursday to keep their hopes alive for the playoffs. After losing the toss and fielding first, RCB bowlers did a good job to halt GT to a modest total of 167, despite leaking a few runs in the end due to Harshal Patel's injury. A special spectacle was witnessed in the second innings as former Bangalore captain & Player of the Match Virat Kohli played his best knock of IPL 2022 so far, smacking 73 runs off 54 deliveries with 8 fours & 2 sixes as Bangalore won the match by 8 wickets with 8 deliveries left.

Due to a better NRR, Rajasthan Royals are sure to qualify for the playoffs provided they don't suffer a heavy defeat against Chennai Super Kings on Friday (20th May). Delhi Capitals, who are currently at 14 points in 13 matches, will have to win against bottom-placed Mumbai Indians and will leave RCB behind on a better net run-rate to become the 4th team for the playoffs.

If RR wins against CSK tonight, they will qualify as the second-placed team and will get a better chance of making it to the IPL 2022 finals. RCB would be pinning their hopes on MI, who have just 3 wins in 13 matches in the season till now, to defeat DC so that they can qualify.

With only three matches to go, the final encounter between PBKS & SRH already stands as a dead rubber since both teams are already eliminated from the playoffs race and the result of this match won't affect the top half of the table.

Jos Buttler continues to hold the Orange Cap this season with 627 runs to his name in 13 matches, and most probably will feature in RR's last league stage match against LSG on Friday. The Lucknow skipper will also have a chance to inch ahead towards Buttler's tally as Rahul stands second

Wanindu Hasaranga picked up a wicket against Gujarat Titans and reobtained the Purple Cap from Yuzvendra Chahal on a better average. Hasaranga has 24 wickets to his name in 14 matches & Chahal has 24 wickets in 13 matches, and will play against CSK tonight with a chance to top the wicket-taking charts.