"It's great fun at the moment. The last month has been a fantastic month of Test cricket for all the lads." 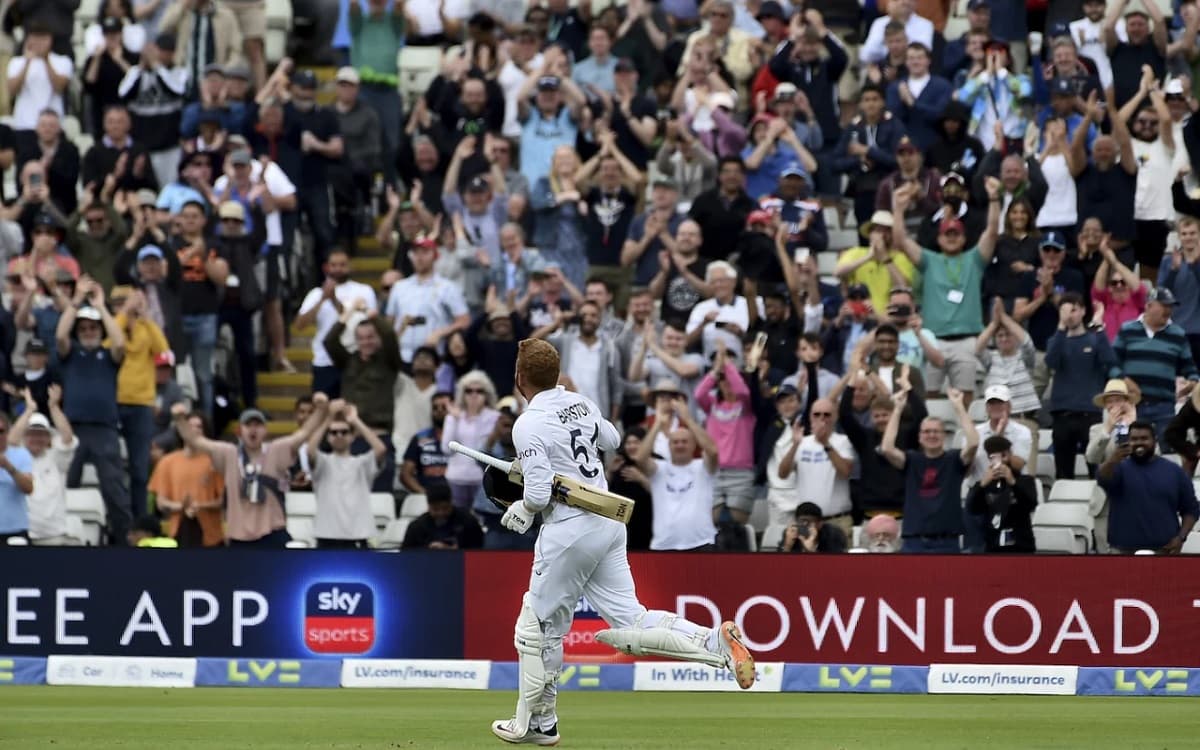 Before the start of the rescheduled fifth Test against India at Edgbaston, England's Jonny Bairstow had been earmarked as a batter who could be a threat to India's plans.

It did come true as Bairstow followed up his 106 in the first innings with an unbeaten 114 in the second innings to play a huge role in England's record chase of 378 and draw the series for the Pataudi Trophy 2-2 with a cracking seven-wicket win.

"It's great fun at the moment. The last month has been a fantastic month of Test cricket for all the lads. You can see the smiles on all the boys' faces, how excited we are for each other when everyone's doing well, and that's a massive part of it," said Bairstow in post-match presentation ceremony after being adjudged Player of the Match.

In his last five Test innings, Bairstow has hit four centuries and overall, six tons against his name in 2022, becoming the leading run-scorer in Test cricket this year with 994 runs in eight innings. Bairstow revealed that keeping things simple has been key to his superlative form.

"Just taking all the simple things back and stripping it back to the basics. The last couple of years have been tough. I'm not a big fan of the bubbles, I'm not someone that likes to sit in a room and play computer games. It's been tough on me but the last few months have been fantastic."

At the toss of the Edgbaston Test, captain Ben Stokes had stated firmly that they were looking to chase, which Root and Bairstow proved it right by completing four 250+ chases on the trot.

"Fair play to everyone who went to that. To the crowd as well: Day five was over in 90 minutes. I just have an enjoyment factor now. I am not afraid of failing and just want to put the pressure on the opposition. We are going to lose games with the approach we have, but it is a positive fun brand of cricket to play."

"The chase was all under control (laughs). They have some world class bowlers and you just have to soak the pressure. They try to intimidate; they have some fantastic players and it was about trying to shift the pressure to them. There are going to be phases when they are going to play really well. There was a period when it started reversing as well. And today morning was a different morning," elaborated Bairstow.

Bairstow also had some words of appreciation for Root, who remained unbeaten on 142 in a matching winning stand of 269. "Root and me are just two lads from Yorkshire. We have grown up playing together and spent a lot of time together from the Yorkshire academy days to the Test team now. Special to play with him."