Lara Lashes Out At Suryakumar & Ishan Kishan, Says Those Guys Have To Be Little More Professional 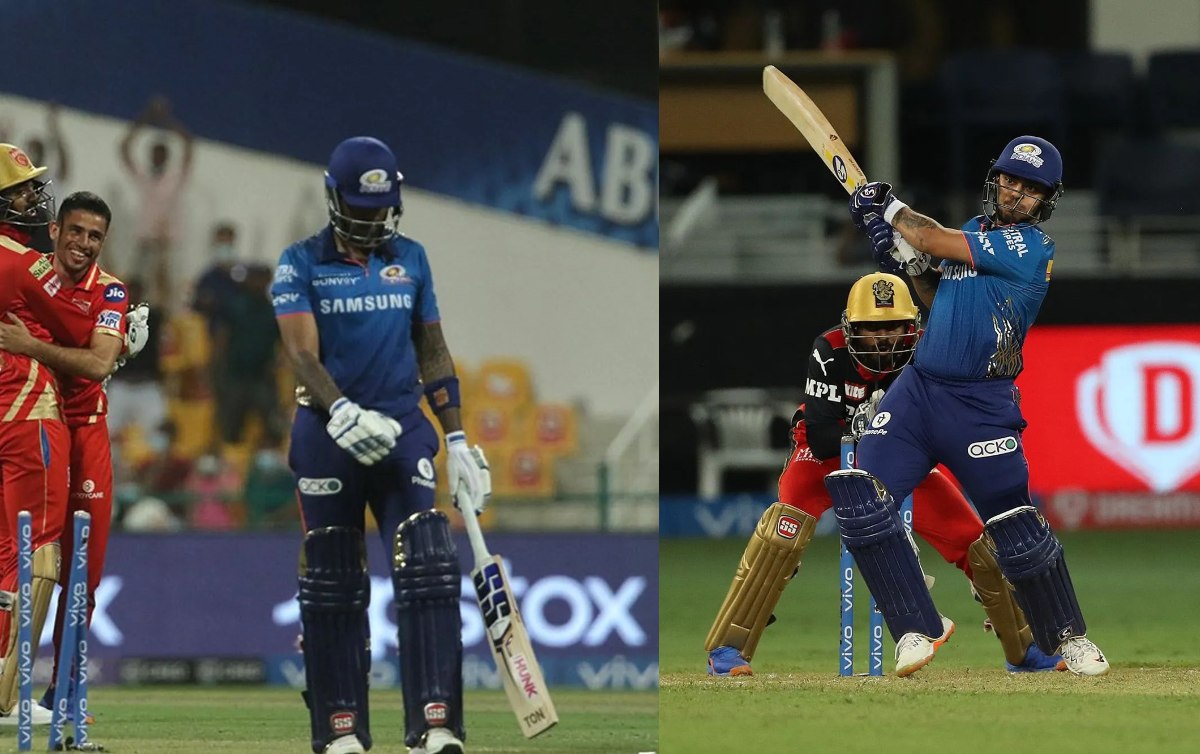 Following another dismal performance by Mumbai Indians player Suryakumar Yadav -- who was bowled for a duck by Ravi Bishnoi -- and Ishan Kishan being dropped from the five-time champions' playing XI against Punjab Kings on Tuesday, West Indian legend Brian Lara said that either the player were getting bogged down by India selection or they, perhaps, had lost the appetite to win.

Though Mumbai Indians defeated Punjab Kings by six wickets at the Zayed Cricket Stadium in Abu Dhabi on Tuesday, Suryakumar's poor run continued, and with Ishan Kishan too being dropped due to performance-related issues, Lara came down heavily on both the cricketers for not showing the right intent.

Both the cricketers are a part of India's ICC T20 World Cup squad to be held in the UAE and Oman in October-November this year.

"Maybe Indian selection (one of the reasons for the dismal showing). A lot of guys maybe are sitting back on their laurels now. They remember the Indian team, something may be more important. But this is where your bread and butter is. Playing the IPL, this is where you have done it. Looking at Suryakumar, looking at Ishan Kishan, looking at (Saurabh) Tiwary, he looks hungrier than they are," Lara said on Star Sports on Tuesday.

Even as Suryakumar was bowled for a duck, Saurabh Tiwary made a 37-ball 45 and played a key role in Mumbai Indian's run chase on Tuesday.

The 31-year-old Suryakumar, who looked in fine touch when the India's second team under Shikhar Dhawan toured Sri Lanka in July for a limited-overs series, has scores of 0, 8, 5 and 3 in the four matches he has played in the IPL's second leg. Kishan too has had dismal scores of 11, 14, and 9 in the UAE before he was dropped for the Punjab Kings match on Tuesday.

"For me, those guys have to be a little bit more professional now and try to help their team win the tournament. Forget the World Cup, this is your job now to get MI back into the tournament," Lara added.