May 20 (CRICKETNMORE) Australia head coach Justin Langer has defended the decision to exclude Josh Hazlewood from the upcoming World Cup squad, saying the pacer didn't play enough white-ball cricket in the recent time to make his case for the showpiece event. 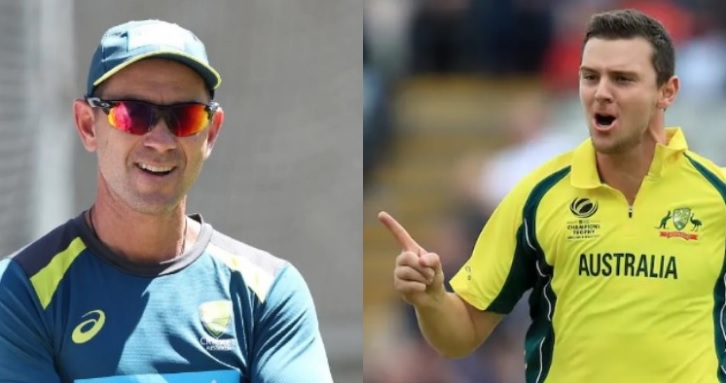 "He just hasn't been playing any cricket," cricket.com.au quoted Langer as saying.

"He's come off a second stress fracture in his back and while he's just starting to get up and running in the nets now - I think he's played six white ball games in the last 18 months - that's T20 and one-day cricket.

"We know he's a great bowler. He's a brilliant bowler, but it was just such bad timing for him," he added.

Hazlewood played a vital role in Australia's successful campaign in the World Cup four years ago and was also the number one ranked bowler in ODIs in 2017.

The right-arm pacer had last week expressed his disappointment over the snub after Kane Richardson was preferred by selectors following the shoulder injury that forced Jhye Richardson out of the squad.

"It was obviously bitterly disappointing. It only comes around every four years. I was lucky enough to experience it on home soil last time. It'll probably hit me a bit once the tournament starts and you're watching on TV," Hazlewood had said.

"It's pretty hard. It's not just a normal ODI series, it's a World Cup," he added.

Langer said he had no problem with Hazlewood vocally expressing his disappointment.

"He's a terrific bloke, he's been vice captain of the team," Langer said.

"I'm sure he's disappointed. There are a few guys who are disappointed not to be in the squad.

"Hopefully through the Australia A series, he can start playing cricket again and then when he does that, we can't wait to welcome him back," he added.

Australia will begin their title defence against Afghanistan on June 1.