New Zealand pacer Kyle Jamieson is expecting for the new ball to swing around on the morning of the second day's play in the first Test against India. Jamieson was the pick of the bowlers for New Zealand, taking 3/47 and leaving India in a spot of bother in the second session before Shreyas Iyer and Ravindra Jadeja rescued India with an unbeaten 113-run stand to end the first day's play at 258/4 in 84 overs. 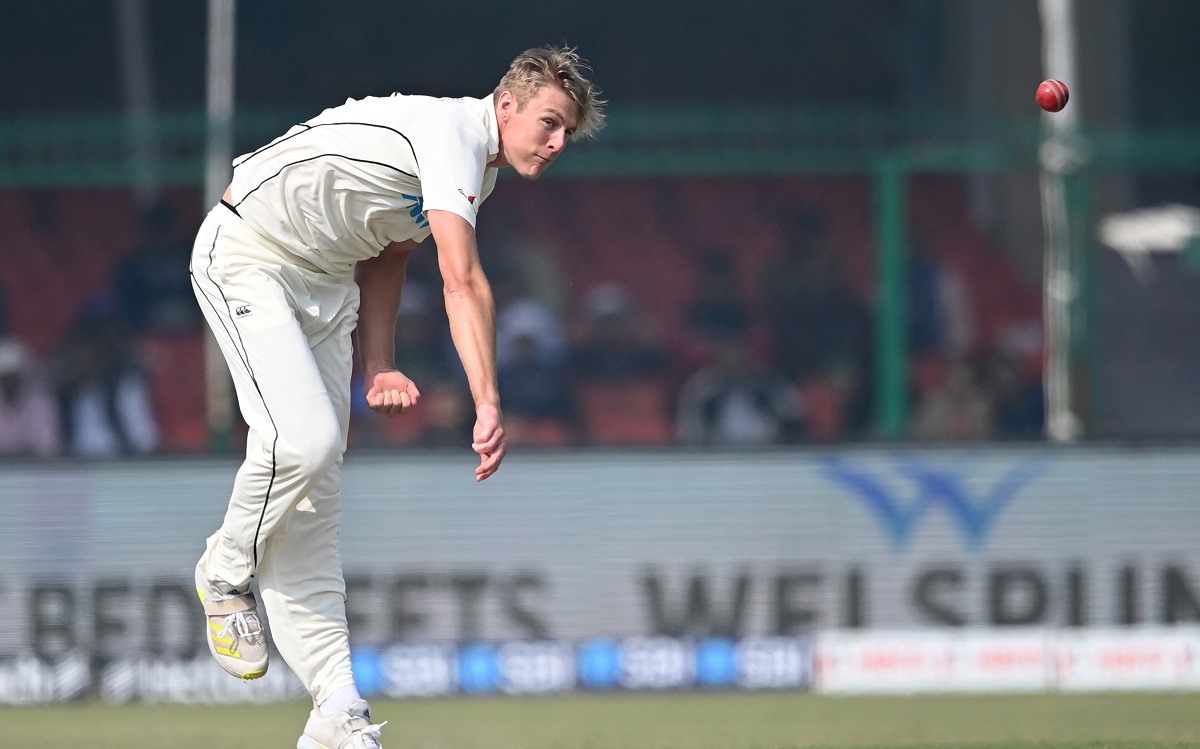 "Hopefully, the new ball swings around a little bit and try to use that as best we can. We need a good start in the morning. If not, we will try to adjust those plans which might change a little bit throughout the day. You got to wait and see. Hopefully the spinners will get little bit more in turn," said Jamieson in the virtual press conference

Jamieson played a competitive game after featuring in the warm-up matches for New Zealand in the Men's T20 World Cup. Talking about playing after a gap, Jamieson remarked, "It was really nice to be back out there. To be fair, it was a good thing not having game time in the IPL and World Cup gave me a chance to take a step back and work on a few things. Actually, I guess I was refreshed in a way because it is such a long year and I hardly played for a couple of months. It was quite pleasing to be back on the park playing Test cricket and be back in this group."

Asked about playing Test cricket on Indian soil for the first time, the tall pacer reckoned adjustment was the key. "Trying to get my head around and not try to change my game and adapt to what was based out there in the middle. I guess pretty lucky to have guys like Tim (Southee) and Wags (Wagner) to just get an idea around what to expect. I think for me it was about trying to adjust my game to what was out there."

The 26-year-old had no qualms in admitting that India were ahead at the end of day one. "India fraction ahead I think. I thought we were pretty good. We had our discussions before the game about how we want to go about things and were lucky to find some movement early on which was sort of familiar for us to fall back on. It was just about how we go through that middle period of the innings. I think Tim was getting a little bit of reverse and a little bit up-down as well. I guess staying consistent in there and trying to get a few dismissals into play."