KXIP VS MI: Bumrah Has Taken Over The Mantle From Malinga: Pollard

Kieron Pollard has stated that Jasprit Bumrah is a "world-class cricketer" and has taken over the mantle from Sri Lankan pace spearhead Lasith Malinga at the Mumbai Indians. 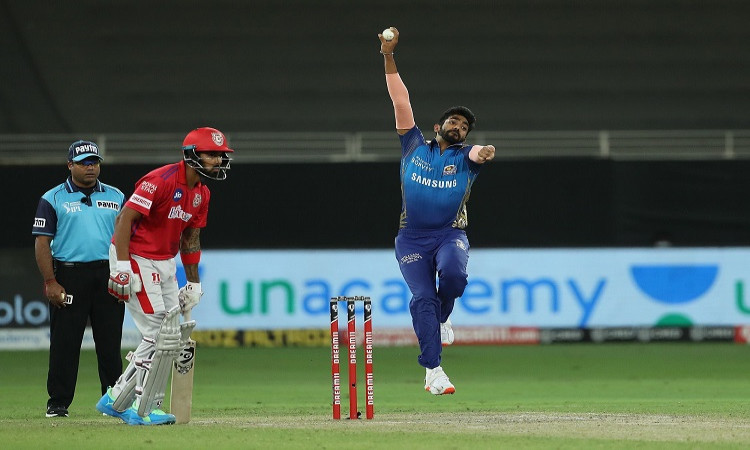 Malinga had withdrawn from the ongoing IPL 2020 before the start of the tournament due to "personal reasons" and in his absence, Bumrah has been leading the pace battery for the defending champions. Bumrah has taken 15 wickets in nine matches so far.

"He's (Bumrah) a world-class cricketer. He has been number one in a couple of formats for a long period of time. He has learned and has gone leaps and bounds for us at Mumbai Indians in a run of while and so," Pollard said at the post-match press conference after Mumbai Indians lost a thrilling match against Kings XI on Sunday evening.

"We have comfort in him. A couple of years ago, we had a fit and fair Lasith Malinga and he (Bumrah) has taken over that mantle now and so," he added.

Kings XI Punjab (KXIP) defeated Mumbai Indians after the end of two back-to-back Super Overs at Dubai International Stadium. In the first Super Over, Bumrah bowled magnificently as he conceded just five runs. However, Kings XI's Mohammad Shami came out with better performance and restricted Mumbai Indians to five, thus forcing the match into another Super Over.

Eventually, KXIP ended up winning the match in the second Super Over as they improved their points tally to six from nine games.

During the presser, Pollard also provided an update on regular skipper Rohit Sharma, saying the latter was not feeling well.

"I was told that he's (Rohit) not feeling well, that's why I'm here to chat with you guys. We'll see what happens but he's a fighter," said Pollard.

Mumbai Indians are currently placed at the second spot in the points table, two points behind table-toppers Delhi Capitals, and will next lock horns with Chennai Super Kings on Friday.

"We will look back and analyze the game and we will come up with a better plan and hopefully get two points in the next game," said Pollard.