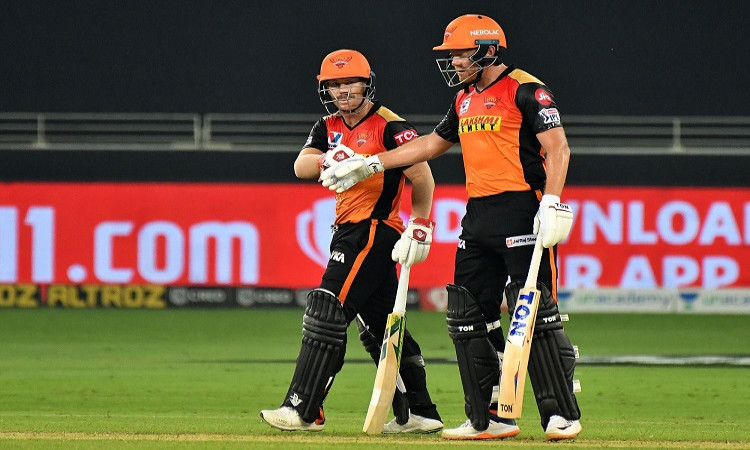 SRH captain David Warner opted to bat first after winning the toss. The team got off to a flier in the powerplay as they scored 58 runs.

Also Read: Border Hits Out At Cricket Australia For Giving In To BCCI

Both the openers looked untroubled with the KXIP's bowling and scored runs with ease. Ravi Bishnoi, in the 16th over, got both Bairstow(97) and Warner(52) out.

After the openers departed, the bowlers bounced back as they not only restricted runs but also got wickets at regular intervals.

Ravi Bishnoi was the pick of the bowlers, taking three wickets in three overs and conceding 29 runs.