Kohli's record in all three forms is quite unbelievable: Ian Chappell 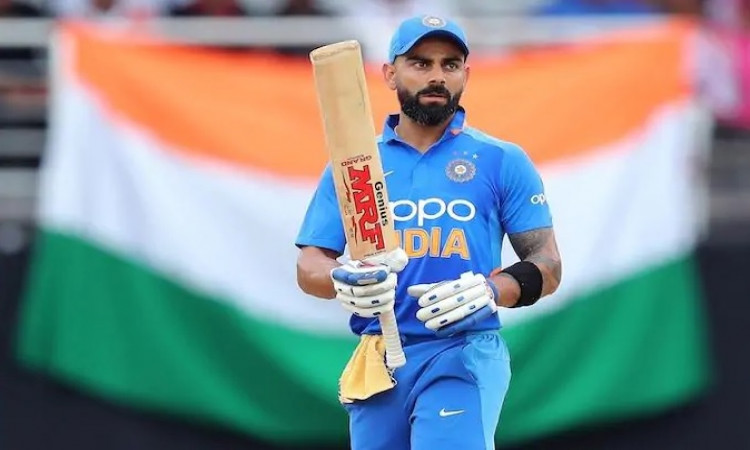 New Delhi, May 18:  Former Australian captain and commentator Ian Chappell feels that Indian skipper Virat Kohli is the best out of his current rivals Australias Steve Smith, Englands Joe Root, New Zealands Kane Williamson in international cricket because of his record in all formats of the game and the discipline he has towards his batting and fitness.

"Of that group (including Steve Smith, Kane Williamson, Joe Root), Kohli is the best in all three forms. That's unquestionable," Chappell said on ‘The RK Show', which is hosted by Radhakrishnan Sreenivasan on YouTube. "His record in all three forms is quite unbelievable, particularly his record in the shorter forms."

Chappell cited Kohli's approach to batting as something that he liked about the 31-year-old. "We did an interview with him last time India were in Australia, and one of the things he talked about was why he didn't play the fancy shots, the innovative shots of particularly T20 cricket," he said.

"He said he didn't want those to creep in his batting in the longer form of the game. The best short-form player in the time I played was Viv Richards, and he just played normal cricket shots but he placed the ball so well he was able to score at a very fast rate. And Kohli's the same. He plays traditional cricket shots, and he plays them really well.

"The other thing that stands out about Kohli is his fitness and running between the wickets. The way he pushes himself, he's incredibly fit. Some of his performances are quite amazing."

Kohli has been captain of the Indian Test team since 2014 and took over in all forms of the game in 2017. Chappell said that Kohli's readiness to lose a game in order to win makes him a special captain. "The one thing that stands out to me is that Kohli is the one (captain) that doesn't fear defeat. He's prepared to lose a game in trying to win it. You've got to be that way as a captain in my opinion. I like that approach.

"I thought when he took over the captaincy that he was so emotional, it might affect his captaincy adversely but I think he has reigned that in a little bit. He has made that work for him in his captaincy rather than work against him. He's a pretty smart cricketer."