For legendary batsman Dilip Vengsarkar, this IPL season Virat Kohli's Royal Challengers Bangalore (RCB) could break the jinx of not winning the title in the last 12 attempts. The former India captain rates them among the hot favorites, citing their well-rounded team as one of the factors. 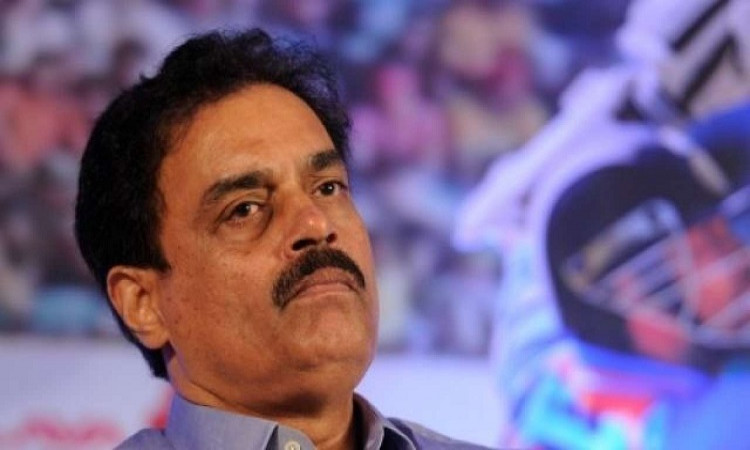 The RCB, at times referred to as the perennial underperformers, have come closest to winning the IPL crown thrice -- in 2009, 2011, and 2016 -- when they reached the final but on each occasion, disappointment came their way.

"In this T20 format, it is very difficult to say who the front runners will be. But I would say Bangalore are winning it this time, because they haven't won it so far. Kohli, AB de Villiers and Yuzvendra Chahal will come good. They have a lot of good players in the squad. Pacer Navdeep Saini bowled extremely well in their first game (against SunRisers Hyderabad). So, I will be interested to see their progress in the tournament," Vengsarkar, 64, told in an exclusive interview.

Vengsarkar, however, underlined that nothing could be said with certainty in the fast fluctuating fortunes of 20-over-per-side matches.

Kohli, too, feels that since 2016, "this is the most balanced I have felt about the squad". He was referring to a batting line-up that includes Aaron Finch, new sensation Devdutt Padikkal, besides himself and de Villiers; pacers like Navdeep Saini, Dale Steyn, and Chris Morris; and spinners Chahal, Washington Sundar, and Adam Zampa.

This is the second time the IPL is being staged in the United Arab Emirates (UAE), due to the Covid-19 pandemic. Earlier, the first half of the IPL was played in the UAE in 2014 due to the general elections in India.

There are a lot of players in the eight teams who haven't played in the UAE before. They are new to the conditions and the pitches are different from India.

"Basically, the conditions are humid in the UAE. But then that is bound to happen because in these months, it's quite warm and humid there. And, of course, IPL in India is played in 10-12 centers, and in the UAE you are playing only at three centers, so there will be wear and tear of the pitches as you go along. It will be interesting," said Vengsarkar.

"The spinners can come into play later on with the help of pitches. And the weather will definitely improve because October and November are relatively cooler, especially in the evenings, in the UAE. I say this because I used to play in Sharjah etc., so I know a bit about the weather," he averred.

The IPL final is slated for November 10.

Then, there is the dew factor due to which many captains have opted to bowl after winning the toss.

"The dew factor is very important because if there is dew, it becomes tough to grip the ball, especially for the spinners. That's bound to happen. So, you take chances when you win the toss and have to decide what you want to do. But you don't get the dew every day; only on some days," said the articulate former Mumbai captain.

When Vengsarkar says spinners would come into play later on in the IPL, does he take into account the dew factor? "It depends... everyday there might not be dew. But, as I said, spinners might come into prominence as the tournament progresses," he said.

All the teams, match officials, and broadcasting crews etc. have been secured in bio bubble because of the pandemic. Vengsarkar appreciates the move and says it is the need of the hour.

"It is tough on the players -- that you cannot go out (of hotels) etc. But if you see the entire pandemic situation, there's no option. You cannot expose yourself to the outside world. If you are playing a team game and if you get infected - and if you are asymptomatic - that could pose a threat to the team," he reasoned.

Did he get any impression that players hadn't given their 100 percent due to the bio bubble restrictions? "It is too early to say. You can say about this only in the second half of the tournament. It is not fair for me to comment on that at this stage," he said.

Due to the pandemic, spectators are not allowed in the stadia, and large billboards and LED screens have been put in the stands at all three venues -- Abu Dhabi, Dubai, and Sharjah -- besides simulated sound system.

"I don't know if it (empty stadiums) reduces the performances, but if it is a full house, the atmosphere is fine. What happens is a full house inspires you. So, that part might be missing in this tournament, and it is all because of the pandemic. You can't really help. But, of course, any player would like to play in front of a full house," said Vengsarkar.

"Everybody takes pride in his performance and in contributing to his team's cause, whether there are crowds or not. That is the top priority. And if there is a crowd, it adds to it; you are charged up," he emphasized.