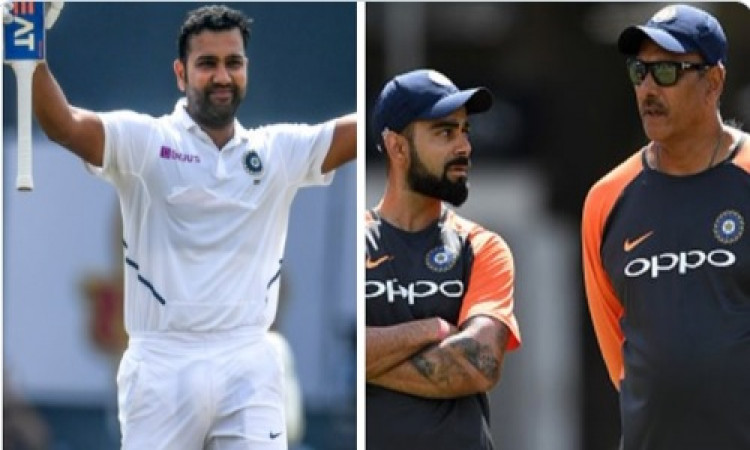 Ranchi, Oct 22  Rohit Sharma, who was designated as India's opener for the three-Test series against South Africa, has insisted that it has been great start for him as a top-order batsman and he doesn't want to let it go.

India completed a 3-0 whitewash over South Africa by winning the third and final Test by an innings and 202 runs at the JSCA Stadium on Tuesday.

During the series, Rohit scored 529 runs -- including two centuries and a double hundred -- in the four innings he played against the Proteas and shattered many records.

"Considering how the series has gone by, I can take a lot of positives, especially how to counter that new ball. The new ball will be a threat anywhere in the world," Rohit said after he was adjudged the Player of the Series.

"It's been a great start, so I don't want to let it goï¿½I realised you need to have discipline at the start of the innings. Once you are in, you can play your game. That's what I have done. I follow a certain template that allows me to have some success," he added.

The 32-year-old further expressed gratitude to the team management, including head coach Ravi Shastri and skipper Virat Kohli, for providing him with the opportunity to open in Test cricket. "You need support from the management, coach, captain, that has helped a lot," Rohit said.

Shastri also heaped praise on the Mumbai batsman and said: "When you're needed to open the batting, the mindset has to be different. As an opening batsman, you can get out in the first 10 balls. You don't know anything about the pitch."

Rohit scored 212 runs in the Ranchi Test on a pitch which had assistance for the pacers. India had lost three early wickets after opting to bat. However, Rohit showed great maturity and played the ball on its merit. He along with India vice-captain Ajinkya Rahane batted brilliantly and helped India post 497/9 decl in the first innings.

"The pitch on Day 1 here was a difficult one. But he got through the first two hours. Had to leave many balls, was beaten many times, was hit on the pad, but his thinking was to survive the two hours as the pitch might get easier to bat after lunch, which is what happened," said Shastri. "The job satisfaction of an opening batsman, there's nothing like it. What Rohit has done in this series is incredible," he added.