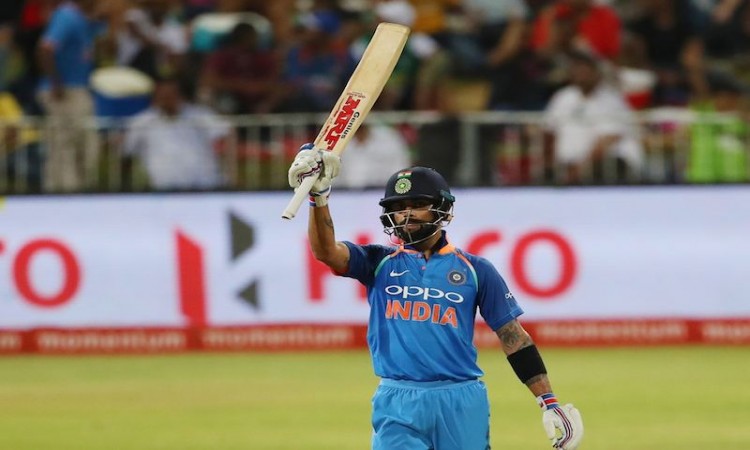 Durban, Feb 2 - An unbeaten century from skipper Virat Kohli and steady batting by Ajinkya Rahane propelled India to a six-wicket victory in the first One-Day International against South Africa here on Thursday.

Chasing a target of 270 runs, the Indians crossed the line in 45.3 overs to take a 1-0 lead in the six-match series. Kohli and Rahane came together after the early departure of openers Rohit Sharma and Shikhar Dhawan to put together a stand of 189 runs.

Kohli scored 112 runs off 119 deliveries which included 10 hits to the fence while Rahane scored a steady 79 off 86 balls. The duo batted the hosts out of the game and by the time Rahane was dismissed by South Africa pacer Andile Phehlukwayo in the 43rd over, the Indians were virtually assured of a comfortable victory.

The visitors had started their chase on a shaky note when an attempted slog by Rohit off Morne Morkel's bowling handed an easy catch to South Africa wicket-keeper Quinton de Kock.