Kohli is the difference between men and boys: Anshuman Gaekwad 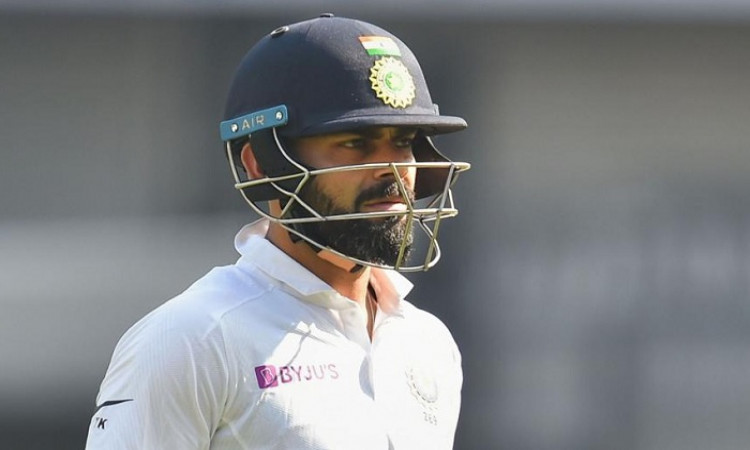 Kolkata, Nov 24:  He came, he saw and he conquered. Whatever be the format, there is no stopping India skipper Virat Kohli. And on Saturday, Kohli became the first Indian batsman to score a century in pink ball Tests. All talk of seam and swing took a backseat as Kohli used the drive, flick, cut and pull to great effect during his knock of 136 in the second Test and former India coach Anshuman Gaekwad had no hesitation in terming him a genius.

Speaking to IANS, Gaekwad said that coming back from a break -- Kohli skipped the T20 series against Bangladesh -- and scoring like this is the true mark of a genius, something he saw in Sachin Tendulkar over the years. In fact, Tendulkar was his captain when Gaekwad was coach and having watched the pink ball Test live at the Eden Gardens, the former India batsman was full of praise.

"I think it was too easy for him, made it look very easy. I didn't find anything major happening with the ball. Virat is a class apart and most importantly it is the consistency with which he bats that is very rare. You do get runs like Rohit Sharma gets hundreds, double hundreds, but there is a break. But Virat doesn't give a break.

"You know at that level whether you are a batsman or bowler, it is like swimming. If you don't swim for 6 months and if you are thrown into the water and you know how to swim, you will swim. Same is the case with Virat. It was a break which was good for him and he required it. And now he gets back doubly strong. People like him are geniuses like Sachin Tendulkar for that matter. Breaks don't matter to them and helps them rejuvenate and come back strongly. He is the difference between men and boys," he said.

Asked if things would change if India now go and play a Day-Night Test in Australia, he answered in the negative.

"I don't think things will change much if we play a pink ball Test in Australia. Pink ball is as good as any other cricket ball. Only the colour is different and the coating. That is because of the leather that you are looking at. It is only a case of the ball lasting longer.

"Going to Australia, I don't think it will make much of a difference. The wickets are harder than the Indian wickets. We saw some movement, but that was late movement only after it went pass the batsman. There was nothing significant which everyone was talking about. Didn't see anything different as such," he said.

Gaekwad feels there is no reason why Test under lights cannot be the future.

"Why not? When we played we didn't have white balls. Now you have pink balls. Tomorrow we may see orange balls. It all depends. Test cricket is something everyone needs to look into, especially from the crowd point of view. That is where different things are being tried," he signed off.