The first match of the three-match T20I series between India and Australia will be played at IS Bindra Stadium in Mohali on Tuesday. 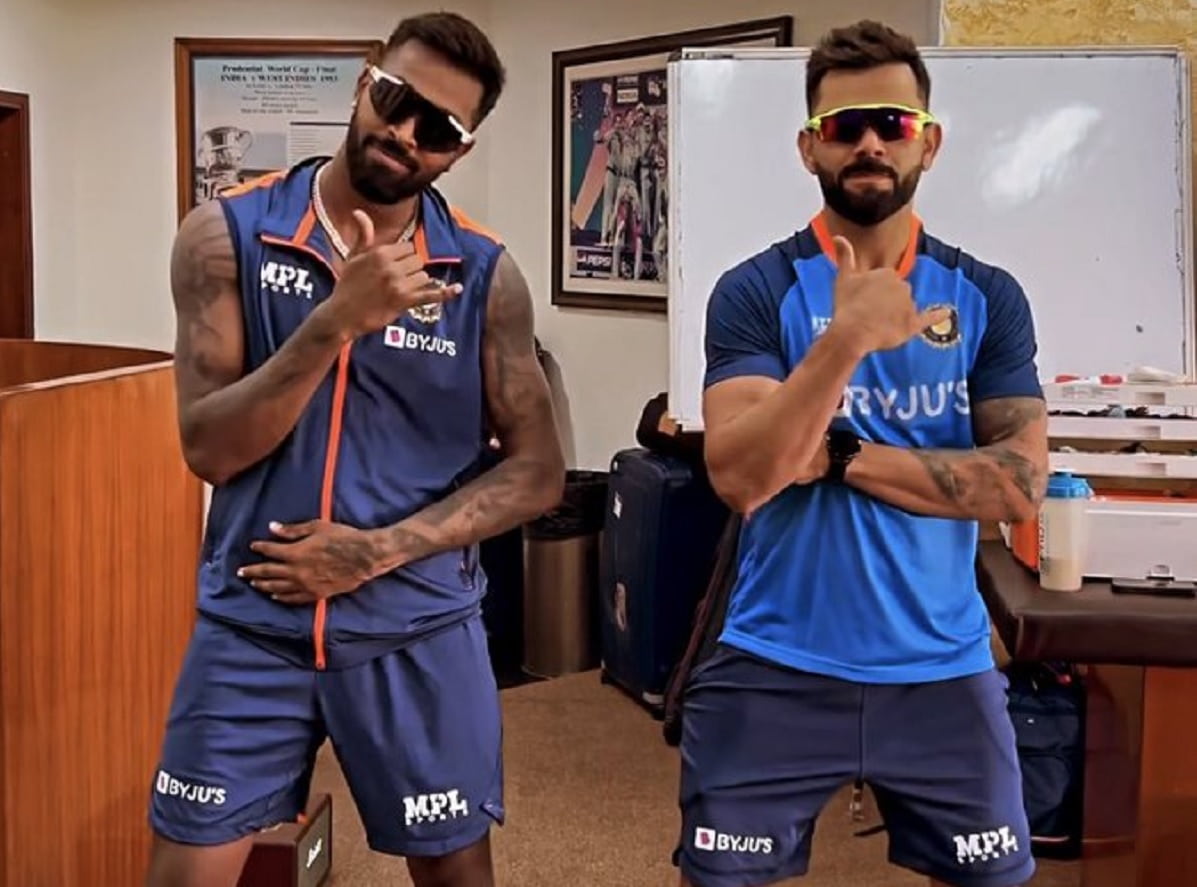 Ahead of the beginning of the T20I series against Australia, star Indian cricketers looked relaxed and decided to treat their fans to some cool dance moves, a video of which has gone viral on social media.

All-rounder Hardik and ex-captain Kohli showed off their incredible dance moves on Instagram as they shook a leg with each other in a hilarious reel posted on the photo-sharing application on Sunday.


Moeen Ali: T20I Series Against Pakistan Will Be Crucial Ahead Of T20 World Cup

The video begins with both of them, dead-serious in shades, syncing their steps to the beat, before Kohli breaks into a smile and peels off. The reel didn't take much time to become viral on the internet as fans enjoyed seeing the fun side of their favourite players' personalities.

"You know how we do," Hardik captioned the post while Virat replied by saying "Shakaboom".

You know how we do @imVkohli pic.twitter.com/YAJVUB5bYP

Notably, both Hardik and Virat had impressive campaigns in the Asia Cup 2022 in UAE. Hardik took three wickets and struck an unbeaten 33 off 17 balls, leading India to victory over Pakistan in the Group stage match. On the other hand, Virat finished as the tournament's second-highest run-scorer behind Mohammad Rizwan with a tally of 276 runs in five matches.

Both players will look to continue their excellent form in the home series against Australia and South Africa before the much-awaited T20 World Cup.

The first match of the three-match T20I series between India and Australia will be played at Punjab Cricket Association IS Bindra Stadium in Mohali on Tuesday.