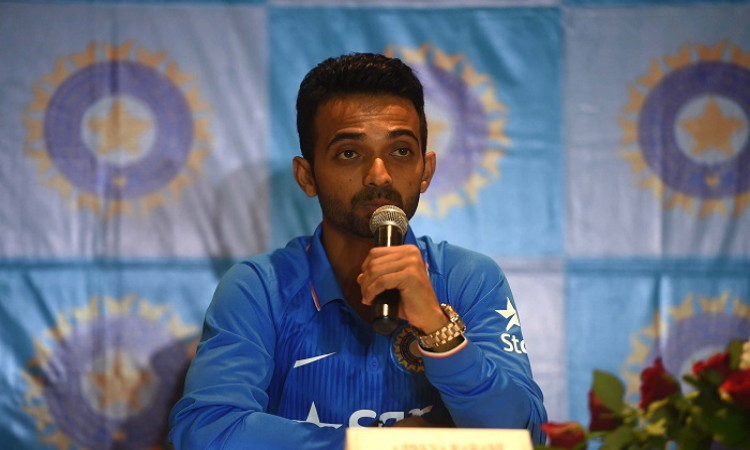 New Delhi, May 6:  India Test vice-captain Ajinkya Rahane heaped praise on skipper Virat Kohli and Australia batsman Steve Smith as he spoke about his experience of batting alongside the two stalwarts of the current generation.

Rahane explained that both Smith and Kohli -- currently ranked No.1 and No.2 respectively in the ICC Test rankings -- are excellent batsmen but their approach to the game is very different.

In normal circumstances, Rahane would have been currently playing for his new franchise Delhi Capitals in the 13th edition of the Indian Premier League (IPL) but due to coronavirus pandemic, the tournament has been postponed by the BCCI.

Rahane also spoke about his return to white-ball cricket, which could've been aided if he had a good IPL this year. But with the cash-rich league getting postponed, his hope hangs in balance. Rahane, however, stated he isn't thinking too much about the situation and is trying to remain positive.

"It's all about being positive right now in your head especially at a time when we cannot go out and play cricket. No one predicted about COVID-19 (pandemic) so no one can actually predict the future," Rahane said.

"For me, it's all about staying positive in your mind and thinking about doing well for my country whichever format I am playing.

"So making a comeback into the ODI side is in my mind but right now it's all about staying positive. Cricket is a funny game and anything can happen," he added.

For Rahane, the enforced break due to the coronavirus pandemic is like a blessing in disguise as according to his own admission, he is spending time with his family which otherwise wouldn't have been possible.

"I believe in having a routine. I wake up and complete my workout before my daughter wakes up. Then I spend time with my family, especially my daughter," he said.