In the 31st match of IPL 2021, Royal Challengers Bangalore will take on Kolkata Knight Riders on Monday in Abu Dhabi. RCB defeated KKR, the last time these two teams met in this season. 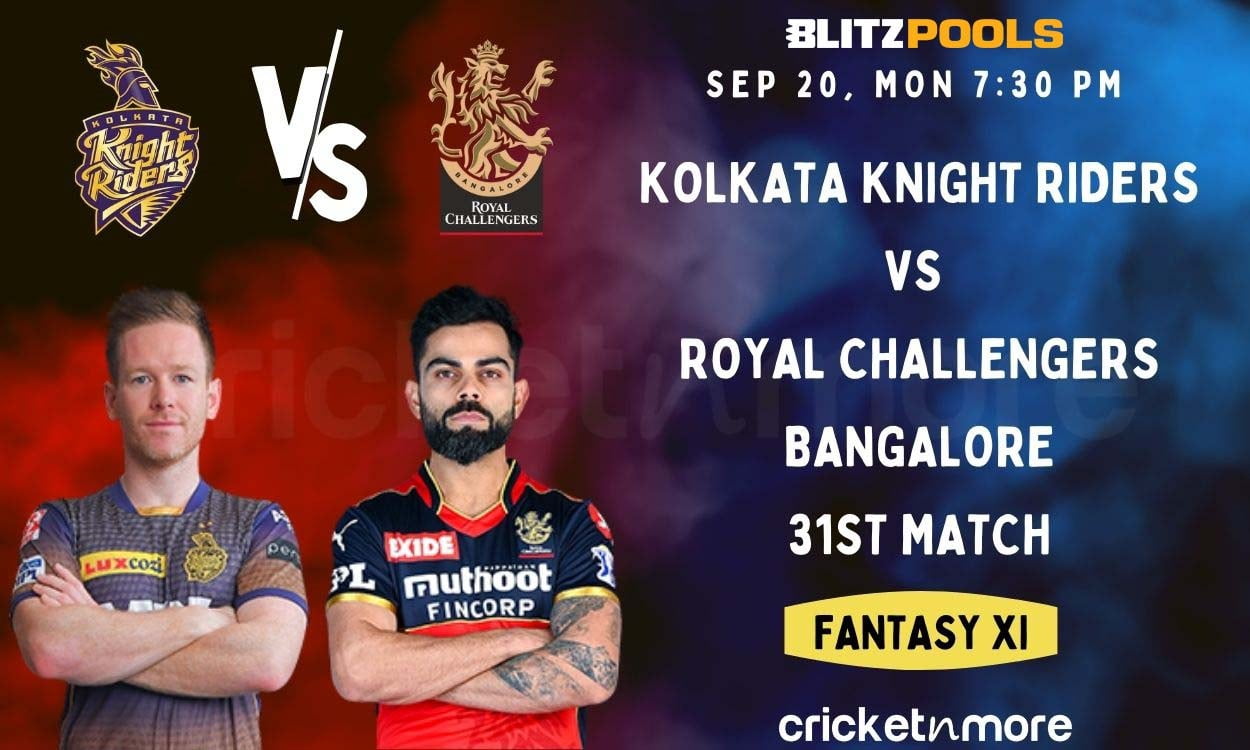 Kolkata Knight Riders' batting didn't have a great first half of the season. However, after a break, the batters are looking in good touch. Shubman Gill will be the key at the top while Rahul Tripathi has been a top performer for KKR consistently. Shakib Al Hasan could be the game-changer.

Andre Russell is the make-or-break player for Kolkata with both bat as well as the ball. Tim Southee's presence adds experience in the playing XI. Harbhajan Singh might play as per how Morgan used him in powerplay overs in the 1st half.

Royal Challengers Bangalore has added firepower in the middle order this season. Virat Kohli will be opening the inning with Devdutt Padikkal followed by Rajat Patidar. The middle-order is likely to be looking like this - Glenn Maxwell, AB De Villiers, and Tim David, followed by Wanindu Hasaranga.

Harshal Patel is a handy batter who is likely to bat at number eight. Mohammad Siraj has been in great rhythm will be the key with the new ball.

Royal Challengers Bangalore are looking favorites to win against Kolkata Knight Riders in this game.

All the players from both squads are available to play as of yet. 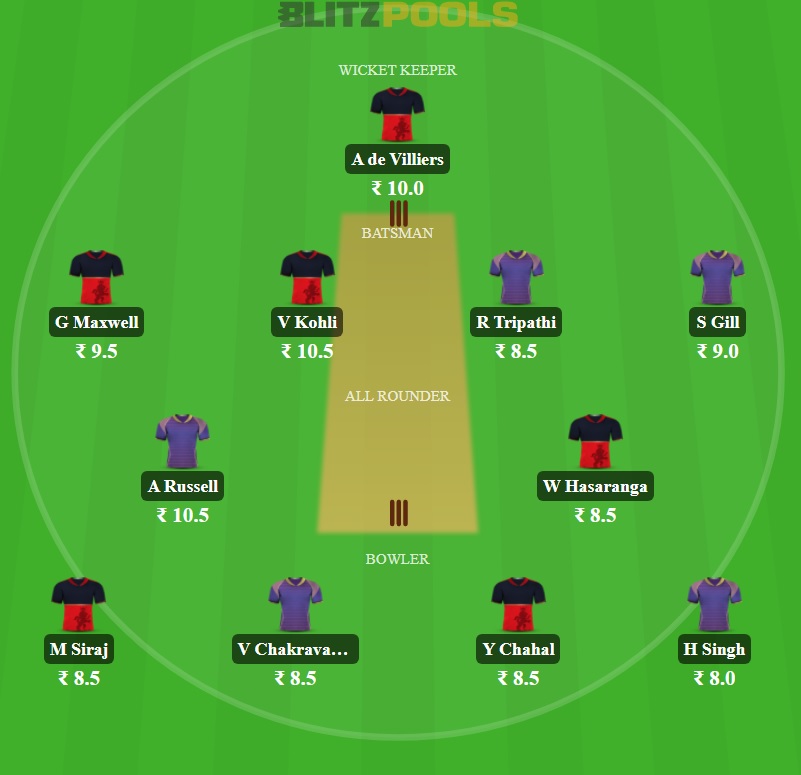 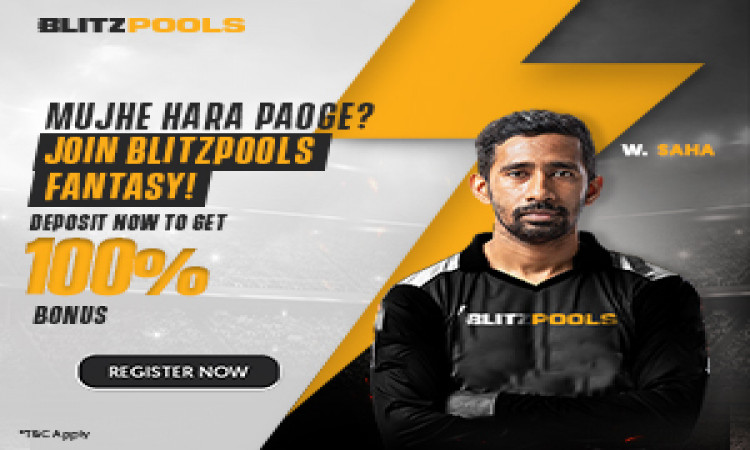