Trent Boult and Tim Southee are New Zealand’s kings of swing, unstarry but deadly with the new ball and looking to inspire the Black Caps to the T20 World Cup title. They face England in Wednesday 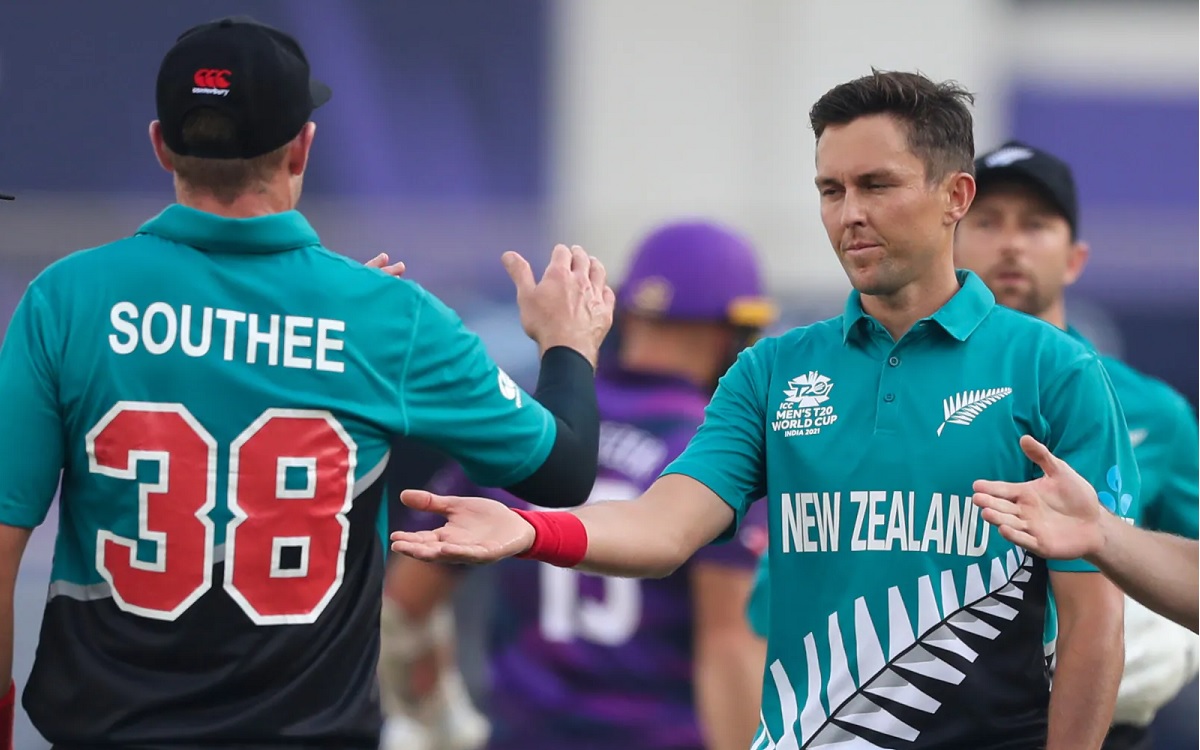 Trent Boult and Tim Southee are New Zealand’s kings of swing, unstarry but deadly with the new ball and looking to inspire the Black Caps to the T20 World Cup title.

They face England in Wednesday’s first semi-final in Abu Dhabi where the two veteran seamers will be key to slamming the brakes on opposing openers Jos Buttler and Jason Roy.

Left-armer Boult has 11 wickets at the tournament from five games, second only to Sri Lanka leg-spinner Wanindu Hasaranga’s 16 in eight.

Such is their dependability, New Zealand has only had to summon six bowlers at the tournament.

The other four have 14 wickets combined; eight of those have gone to spinner Ish Sodhi.

“We complement each other with the left-arm, right-arm,” said Southee who is also no slouch with the bat.
When he made his Test debut back in 2008 against England in Napier, he smashed 77 off 40 balls with nine sixes, batting at 10. He had also taken 5-55 with the ball.

“Our strength is to swing it. When it swings, it’s dangerous,” added Southee.

Boult and Southee have been the foundation for New Zealand being able to strangle opposition batsmen at the World Cup.

They made the semi-finals with four wins in five. In three of those wins, mighty India was limited to 110, Namibia limped to 111 off their 20 overs and Afghanistan managed just 124.

Boult relaxes between matches by playing the guitar and has become used to “being instrumental” headlines.

He was a relatively late arrival to T20 cricket, only making his international debut in 2013.

At the IPL, he was the leading wicket-taker in 2020 with 25 victims as the Mumbai Indians claimed the title in Dubai.

The 2021 IPL was also played out in the UAE and Boult is now thriving in what have become familiar conditions.

“I’d say these conditions here are a big challenge, to be honest. They can change drastically across the many weeks that we’ve been here,” he said.

“But in terms of our side, and I suppose the tools we have in our shed is a lot of experience we have guys that can perform on certain wickets.”

Of bowling in the heavy evening humidity of the Gulf, he added: “You’ve just got to take your time and make sure you’ve got a good grip on the ball and just be as accurate as you can.”

Southee, a veteran of five IPL franchises, has had five more years as an international T20 player than Boult.

At the 2015 50-over World Cup, his 7-33 against England in Wellington was ranked as Wisden’s top ODI spell of that decade.

“We’ve played a lot of cricket together since the age-group days,” Southee told thecricketmonthly.com of his relationship with Boult.

“We played for the same domestic sides. We have formed a friendship, which goes a long way in understanding each other out in the middle.”