Port of Spain, Aug 1: Trinbago Knight Riders will stick with veteran all-rounder Kieron Pollard to lead the team in the 2020 edition of the Caribbean Premier League. 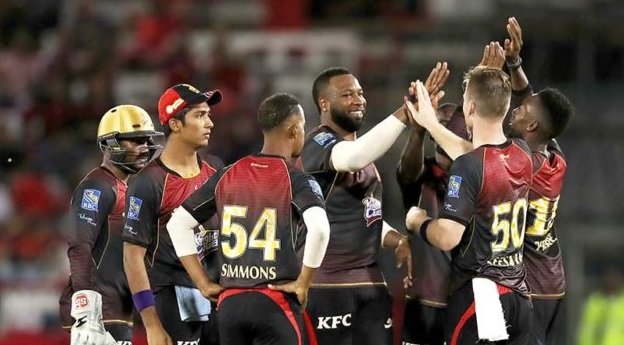 Pollard led the team to play-offs last time around after regular captain Dwayne Bravo missed the tournament due to injury. Bravo had earlier led the team to back-to-back CPL titles in 2017 and 2018.


I don't shy away from voicing my opinion, even if it involves India: Shahid Afridi

The management, however, seems to be happy will Pollard leading the side, who is currently the skipper of West Indies T20I team as well.

"We are happy that Kieron who is the West Indies captain is our leader at TKR," Venky Mysore, the CEO of the team as well as Kolkata Knight Riders in the IPL, told T&T Guardian. "The champion DJ Bravo has been coming to me year after year and asking me to give someone else the captaincy because he wants to just concentrate on playing and enjoying the game. I always told him not until I am ready and that time has come and he is very happy to play under Pollard.

"They are great friends and they will both come together to give us the best chance at the CPL this year. Bravo said he has played under Pollard before and this will be the best thing at this time for all parties.

"Pollard was kind enough to accept the position to lead the team at the tournament. He said if we wanted him to do it he will and we said that we will be delighted to have him as captain again," he added.

The 2020 edition of the CPL will take place in Trinidad & Tobago from August 18 and September 20. The tournament will have a full season and will feature overseas and Caribbean players.

The matches will be played behind closed doors with COVID guidelines in place for the teams and officials.