Khawaja ruled out of WC with hamstring injury, this player comes in for him 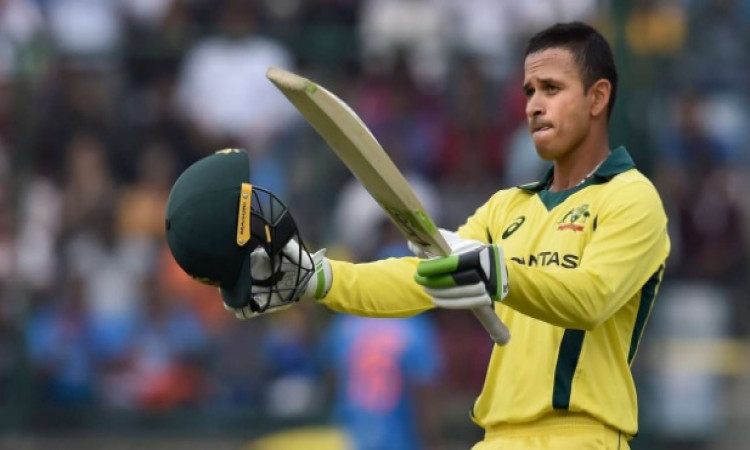 July 8 (CRICKETNMORE) Left-handed Australian batsman Usman Khawaja has been ruled out of the remainder of the ongoing World Cup with a hamstring injury.

Head coach Justin Langar on Sunday confirmed that Khawaja will miss Australia's semifinal clash against England to be played on Thursday and will be out of action for at least three to four weeks, reports ESPNcricinfo.

Also Read: Bumrah is unplayable at this stage: Vettori

Khawaja picked up the injury while batting in Australia's chase of 326 at Old Trafford on July 6 against South Africa, and he came out to bat for a second time after retiring hurt initially, but his team fell short by 10 runs.

Matthew Wade was called up as cover for Khawaja and will need the approval of ICC's Technical Committee for the wicketkeeper-batsman to replace Khawaja in the World Cup squad.

"Ussie's got a hamstring strain so he'll be out for probably three to four weeks which is a real shame but we have to work hard on getting him up for the Ashes now," Langer said. "Such a pity for him he's been so integral to how we've been playing. Like Shaun (Marsh) I feel sad for him that he's going to miss the World Cup semi-final."

The head coach, however, remained optimistic that Khwaja would be able to play in the first Ashes Test starting on August 1.

"Conservatively it'll be three or four weeks, and with all the help and the rehab he'll get hopefully he'll be right for the practice game or certainly the first Test," Langer added.

Besides Khawaja, another injury concern for Australia ahead of their semifinal is all-rounder Marcus Stoinis who clutched his right side after throwing a ball in from the boundary against the Proteas.

Earlier in the tournament, Stoinis had picked up a side strain in Australia's loss to India before he passed a fitness test ahead of the Bangladesh tie at Trent Bridge. Mitchell Marsh joined the Australia squad as cover for Stoinis.