Kevin O'Brien Smashes Own Car Window With A Six 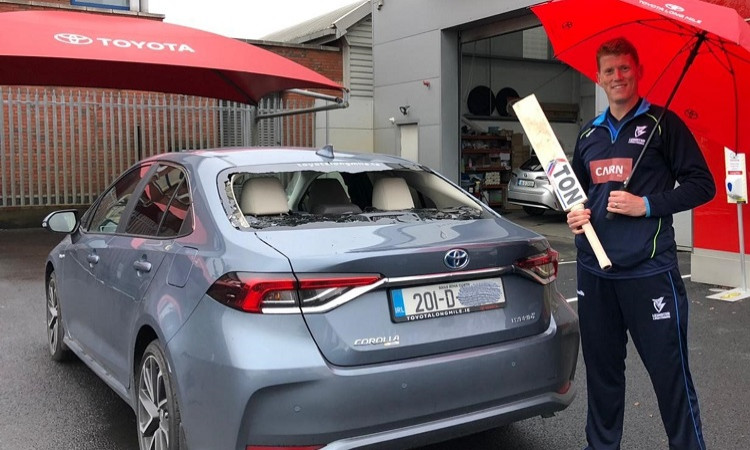 Ireland batsman Kevin O'Brien recently smashed a monstrous six into his own car window during a domestic T20 match played in Dublin.

On Thursday, O'Brien scored eight gigantic sixes during a brilliant knock of 82 which came in just 37 balls while he played for Leinster Lightning against North-West Warriors. However, one of those sixes smashed the window of his own vehicle which was parked in an adjoining car-parking area.

"KEVIN O'BRIEN SMASHES SIX...and his own car window. Seriously," Cricket Ireland said in a tweet along with a picture of the vehicle.

Toyota Long Mile also tweeted: "Our SMASHING Brand Ambassador was straight in to us here Toyota Long Mile after his Man of the Match performance today for Leinster where one of his big hits managed to do this to his own back window!! Don't worry Kevin O'Brien we'll get it fixed up as good as new!!"

To this, the big-hitting all-rounder replied: "Didn't need the air-con on the drive up to you lads. Unreal service once again. Never fails to disappoint. I'll park further away next time."