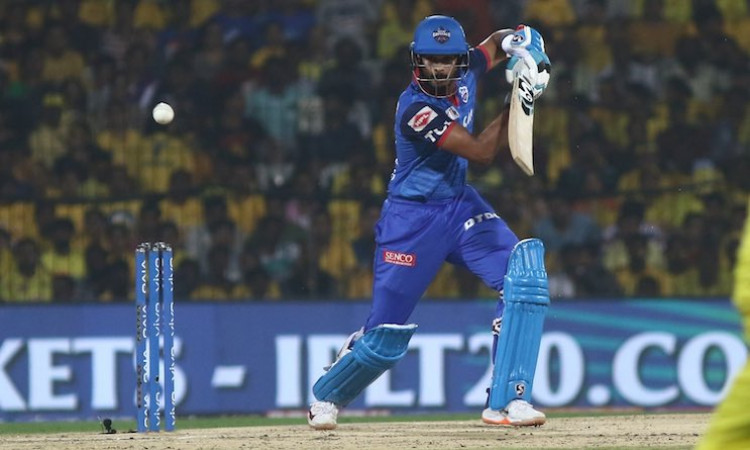 New Delhi, May 5 - Change in attitude and keeping things simple have been the main reasons why Delhi Capitals (DC) have been able to improve their performance and finish in the top four of the ongoing edition of the Indian Premier League (IPL), says captain Shreyas Iyer.

Speaking after the game, Iyer said: "From the last year, our players have become a lot more open and the support staff have given us the freedom to express ourselves. Also we are keeping things very simple and that helps."

He also lauded efforts from seasoned campaigners like Shikhar Dhawan and Amit Mishra, who have performed consistently for Delhi in this IPL edition and have exchanged their valuable inputs and experience with the youngsters.

"It has been amazing with them being around as they carry a lot of experience. Reading their brains has been amazing for us youngsters and the tips they give us during a match has been great," Iyer said in the post-match presentation ceremony.

"Shikhar has been great for us, he's won us many games and it's good having him around the team - he has a lot of banter and I enjoy his company.

"With Mishi (Amit Mishra) bhai, I have to be around him and keep telling him to back himself with all his experience. It is not difficult because I have been playing with him for five years now. Even though he is experienced, he listens to me," he added.

After Saturday's win, the Delhi-based franchise has a chance to finish in the top two, provided Mumbai Indians lose their final league encounter against Kolkata Knight Riders to be played on Sunday.

Chasing 116 for victory, it wasn't a walk in the park for Delhi as Rajasthan kept on chipping with wickets until flamboyant wicketkeeper-batsman Rishabh Pant came out with a composed knock of unbeaten 53 (38b, 4x2, 6x5) and sealed the deal for the hosts.

"When I went in, I hit two sixes and either Rishabh or me had to go after to chase it down thinking about the net run-rate. But unfortunately I fell, but Pant played really well to take us home," said the Delhi skipper while praising Pant.

Meanwhile, Rajasthan skipper Ajinkya Rahane admitted the fact his team was not able to capitalise on tough moments throughout the season, a reason why they ended at the sixth spot in the points table.

"We had a tough season this year. We didn't capitalise on the tough moments, we can't place the blame on the boys for today," said Rahane.

"We need to learn from this and come back well next season."

Rajasthan finshed their campaign with 11 points, including five wins, from their 14 games.

Also Read: It wasn't such a bad season for RCB says Kohli