Pakistan women's team left-arm spinner Anam Amin plans to upset the rhythm of the West Indies batters by "bowling dots upfront" and "keep them guessing" with variations when the three-match T20I and five-match ODI series commences on June 30. 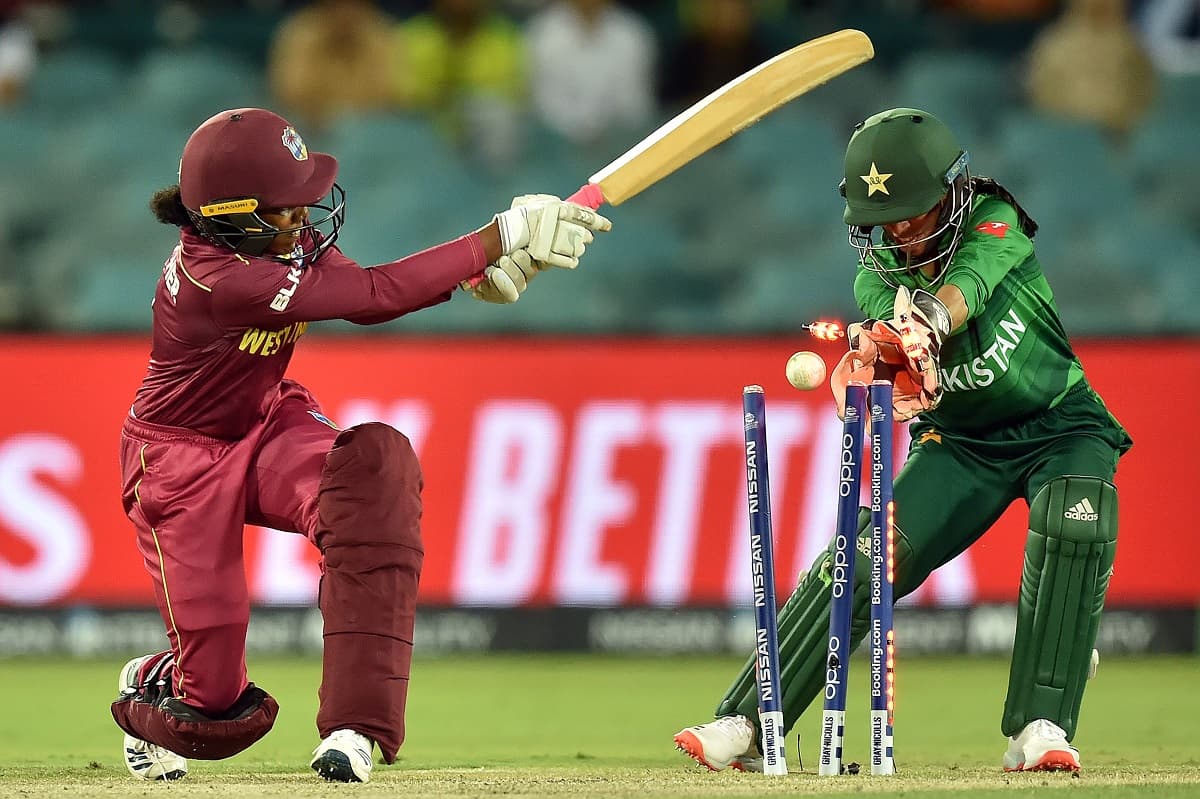 Anam made her debut for Pakistan in T20Is in 2014 and has since been a regular in the national side.

Anam has been Pakistan's most successful bowler against the West Indies -- taking 13 wickets at 10.53 runs per dismissal. Her strike rate of 12.4 is the best she has against any opposition.

Her best bowling figures in T20Is have also come against West Indies when she took four wickets for 16 runs at Chennai in a 2016 ICC Women's T20 World Cup match.

"My strength is bowling dots upfront," said Anam, who is ninth in the ICC Women's T20I Player Rankings.

"The key is bowling with accuracy and keep the batters guessing. The new ball turns and skids so there is a lot of reward for hitting the right lines and lengths. I make sure that I continue to target my areas on the pitch and mix up my spells with variations here and there to make sure that the batter does not settle."

The two sides last met in the 2020 ICC Women's T20 World Cup in Australia in what was Pakistan's tournament opener. Pakistan won the contest with the bowlers restricting West Indies to 124/7 and chasing down the target with eight wickets and 10 balls spare.

Anam had provided the crucial breakthrough with the wicket of Shemaine Campbelle on the first ball.

That lbw ended a 63-run partnership between Stafanie Taylor and Shemaine and sparked a middle-order collapse.

"West Indies are a quality international side and playing against them is always challenging. I have always enjoyed the challenge that that opposition brings and I am looking forward to making an impression in the West Indies. This will be the first time our team will play in Antigua and this brings me an opportunity to leave a mark there.