Keep chasing your dreams, give your best: Sachin Tendulkar to Shafali Verma 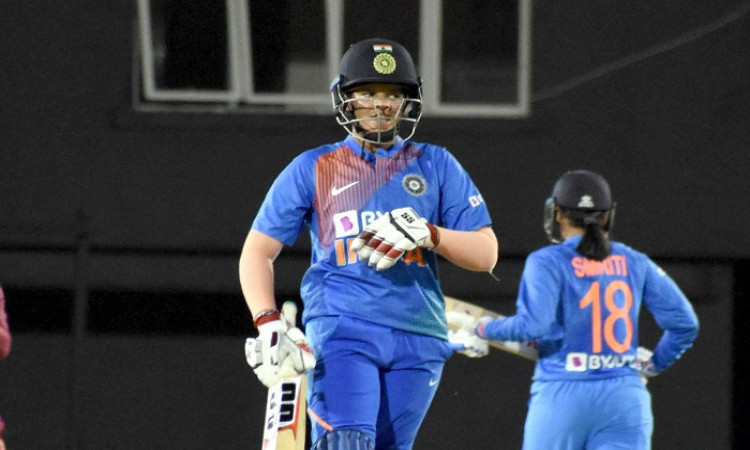 Mumbai, Feb 12:  India batting legend Sachin Tendulkar on Wednesday told teenage sensation Shafali Verma, whom he recently met in Melbourne, to keep enjoying the game and give her best for the country.

Taking to Twitter, Tendulkar wrote: "It was nice meeting you too, Shafali. Hearing from you on how you had travelled all the way to Lahli to see my last Ranji Game and now seeing you play for India is amazing. Keep chasing your dreams because dreams do come true."

"Enjoy the game and always give your best," Sachin advised the 16-year-old.

Shafali had on Monday clicked a picture with Tendulkar and uploaded it on social media with a heart-warming post.

"The reason I took up this game was because of Sachin sir. My whole family has not just idolised but literally worshipped him. Today is a special day for me that i got to meet my childhood hero. It was a dream come true for me," Shafali had written.

Last year, Shafali had broken Tendulkar's long-standing record when she became the youngest Indian to slam a half-century in international cricket as she scored a belligerent 49-ball 73 against West Indies.

Shafali will now be in action at the 2020 ICC Women's T20 World Cup, starting February 21 in Australia, as the Harmanpreet Kaur-led team launches its bid for a first World Cup title.