Karunaratne made 86 in a marathon stand of 152 with Kusal before Mitchell Swepson broke through with the captain's wicket. 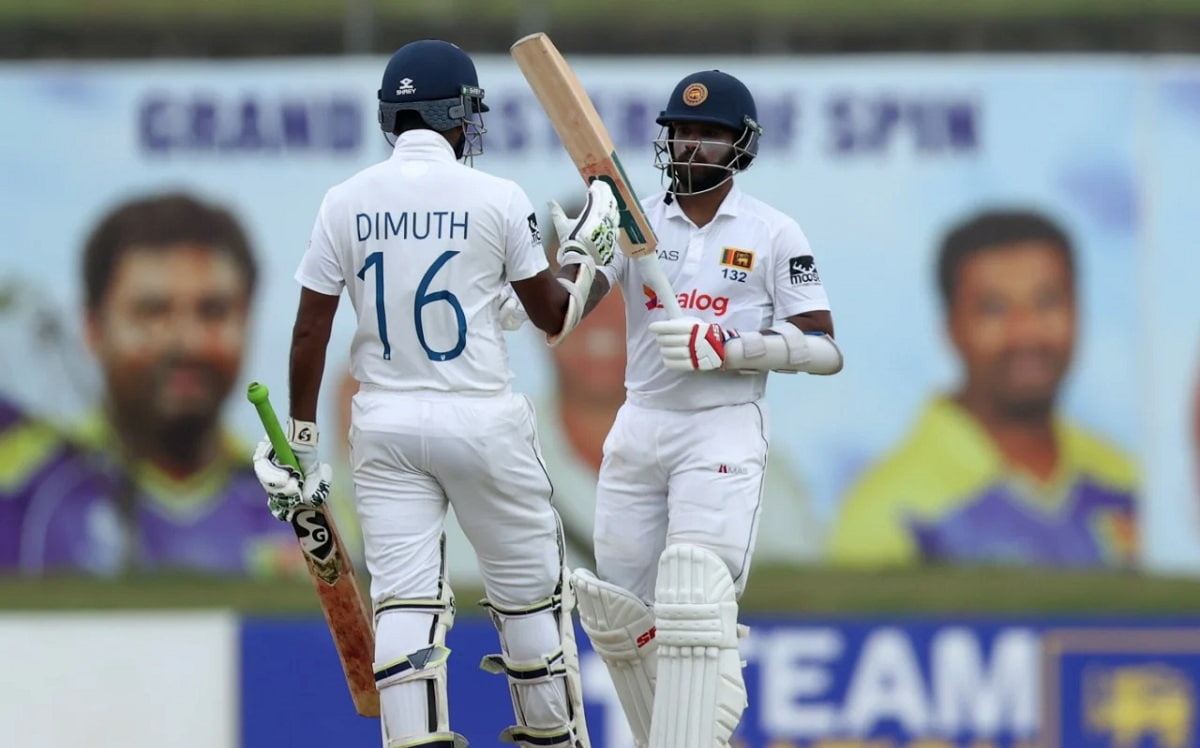 The hosts reached 184 for two at stumps in Galle, where only a few spectators watched from the stands after a fresh outbreak of political unrest in the country.

Karunaratne made 86 in a marathon stand of 152 with Kusal before Mitchell Swepson broke through with the captain's wicket.

Kusal was still batting on 84 alongside Angelo Mathews, on six, at close of play, with Sri Lanka trailing Australia's first innings 364 by 180 runs.

"I enjoy playing away from home. I've missed it, we only had the three Tests in Pakistan, before that we had a pretty long lay-off because of Covid," Smith, who scored his first Test ton after 18 months, told reporters.

"I enjoy the challenge of playing in foreign conditions and being able to adapt. It's always good fun."

Smith said the tourists are in a "decent place" and few early wicket on Sunday will help them get into the Sri Lankan "deeper middle-order".

The hosts were dealt an early blow when Mitchell Starc's pace bowling got Pathum Nissanka to edge the ball to gully, where Cameron Green took a good catch.

The left hand-right hand batting pair of Karunaratne and Kusal survived an inspired spell of pace bowling from Starc and skipper Pat Cummins to grind their way through the afternoon.

Karunaratne raised his fifty with a boundary off Swepson, while Kusal's stubborn resistance prompted Australia to rotate their bowlers.

- Protests, unrest -
Premier off-spinner Nathan Lyon, who starred in the team's opening win with nine wickets, had 21 overs without success.

Swepson eventually trapped Karunaratne lbw on a delivery that skidded straight into the batsman's pads, but Kusal then took it to stumps alongside Mathews.

"The game is evenly balanced," Sri Lanka's batting coach Naveed Nawaz said. "The first two sessions we need to further establish ourselves and if we do so we can be in a good position."

The tourists started the day on 298-5 with Smith, who scored his first Test hundred in 18 months on day one, resuming on his 109.

Jayasuriya, who took three wickets on the opening day, set a trap for overnight batsman Alex Carey, who miscued a reverse sweep to be caught at backward point for 28.

The left-arm spinner soon got Starc out for one to become the seventh Sri Lankan bowler to take five wickets in an innings on Test debut.

Jayasuriya was one of the three Sri Lankan players, along with Maheesh Theekshana and Kamindu Mendis, to be awarded a first Test cap following a Covid outbreak sidelining several members of the squad.

There were barely any spectators at Galle for the second day's play, with the host country embroiled in public unrest arising from its painful economic crisis.

The morning session saw hundreds of protesters looking down on the Galle fort to demand the resignation of Sri Lanka's president -- who fled his home on Saturday shortly before a huge crowd of protesters stormed his residence.